Why Forgiving Failure Can Improve Your Success 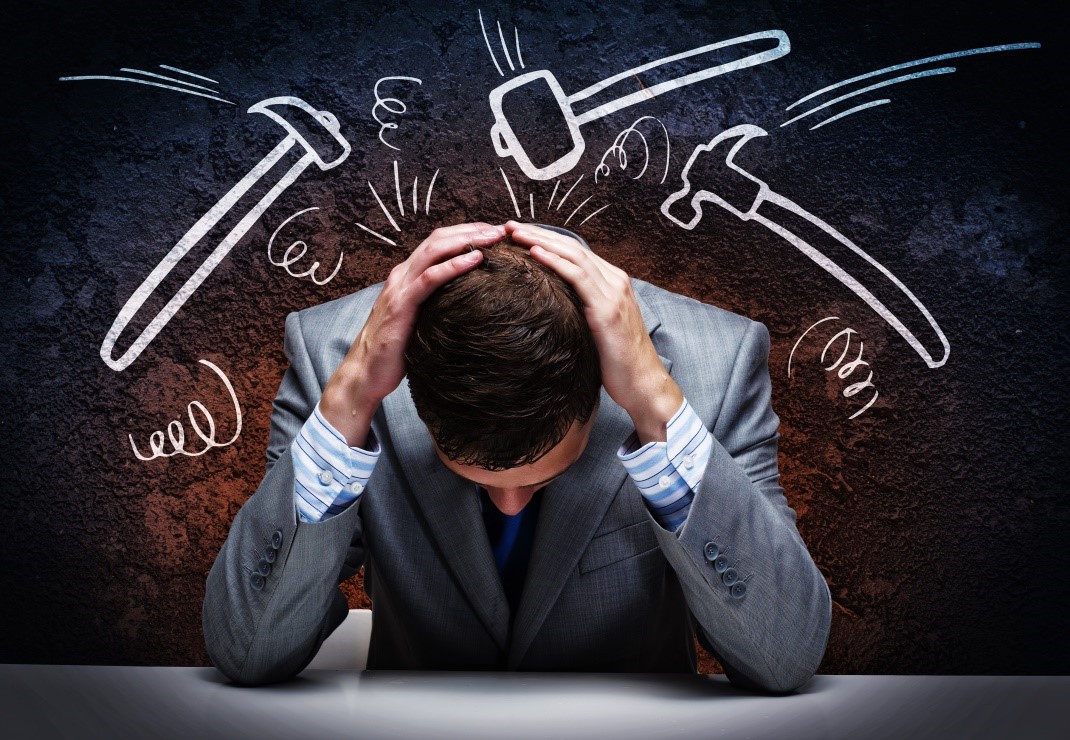 “Far better is it to dare mighty things, to win glorious triumphs, even though checkered by failure… than to rank with those poor spirits who neither enjoy nor suffer much, because they live in a gray twilight that knows not victory nor defeat.” – Theodore Roosevelt

For many of us, our natural instinct when we fail at something big or small is to launch into relentless self-criticism.

We may perceive this as the best way to regain our resolve. If we don’t give ourselves a kick, we won’t learn and we’ll never get anything done.

In fact, this approach is worse than counter-productive. If our first reaction on failure is to berate ourselves, we are actually more likely to fail again and descend into a spiral of repeating the same failures and continually feeling bad and criticising ourselves.

Find out what to do instead.

Why it is important to think about failure

If we don’t reflect wisely on failure, we won’t learn what went wrong and how to avoid it in future. But our reflections aren’t always wise, and negative consequences follow.

Kelly McGonigal in “The Willpower Instinct” takes a microscope to common reactions when faced with failure to meet our own standards, and how these helped or hindered our well-being and ability to learn and recover from these failures.

Kelly highlights something coined the “what-the-hell” effect. Diet researchers observed that those who broke their diet would feel guilty and ashamed. But instead of trying to minimise the harm and effects of failure, dieters would instead indulge in whatever it was that caused them to fail in the first place, to try and feel better – “what the hell, I’ve already failed, I might as well eat more.” This was observed across categories of people trying to control their impulses, from dieters to shoppers, drinkers to smokers and more.

A crucial point in all these cases is that it’s not the failure itself that guarantees the bigger relapse, but the negative feelings which follow the failure and can consume us, leading to indulgence to make us feel better. It’s easy to descend into a vicious cycle from which it is hard to recover.

Instead, several studies cited in the book show that self-forgiveness is very powerful. In one, two groups of dieters were encouraged to eat as many sweets as they liked and then rate the sweets. The group given a message not to be too hard on themselves for breaking their diet actually ate fewer sweets than those who were not encouraged to forgive themselves. In another study, it was found that students who forgave themselves for procrastinating before an exam procrastinated less before a later exam than students who were harsh on themselves.

Clearly, self-forgiveness instead of self-criticism is a crucial part of wisely reflecting on failure and is more likely to encourage us to take personal responsibility and the right action to get us back on track.

This finding is crucial for your efforts to boost your mood. As the days continue, you will sometimes fail. And that’s ok.

Everybody fails sometimes. The key here is to work out why you failed, forgive yourself for that and get back on track. Don’t wallow in the failure or shift your focus on alleviating the feelings of guilt or shame if any arise.

The Willpower Instinct has some great questions to ask yourself when you fail:

Think of a recent mistake of failure. How did you feel at the time and what did you do about it? Were your actions focused on feeling better or getting back on track?

Graeme Cowan is an author, speaker, and workshop facilitator who shows leaders how to build their resilience, mood, and performance and create thriving tribes. To view a short video about Graeme’s work click here. To inquire if Graeme could assist your tribe or organization please email Renee at support@graemecowan.com.au

Let’s face it, work has been very challenging for many of us in the last year. Recent ...
END_OF_DOCUMENT_TOKEN_TO_BE_REPLACED
News

Uncertainty can cause more stress than actual pain. Science tells us that we humans are ...
END_OF_DOCUMENT_TOKEN_TO_BE_REPLACED
News

These are the top 5 things leaders should focus on to prevent employee burnout (Gallup ...
END_OF_DOCUMENT_TOKEN_TO_BE_REPLACED
News

Do you think your team members would like to work in the office, work from home, or work ...
END_OF_DOCUMENT_TOKEN_TO_BE_REPLACED
News

In 1976, Professor Carlo Cipolla, an economics professor at the University of California ...
END_OF_DOCUMENT_TOKEN_TO_BE_REPLACED
General

Our Federal Parliament has been inundated with graphic accounts of misogyny, sexual ...
END_OF_DOCUMENT_TOKEN_TO_BE_REPLACED
General

I recently visited beautiful Forster, on the NSW mid-north coast. Having grown up in Taree...
END_OF_DOCUMENT_TOKEN_TO_BE_REPLACED
News

Do you consider yourself to be a caring leader? Self-care and caring for others in your ...
END_OF_DOCUMENT_TOKEN_TO_BE_REPLACED
News

Asking R U OK? can be scary. What if the other person replies with a “No”. ...
END_OF_DOCUMENT_TOKEN_TO_BE_REPLACED