Why a Meaningful Life has to be Stressful 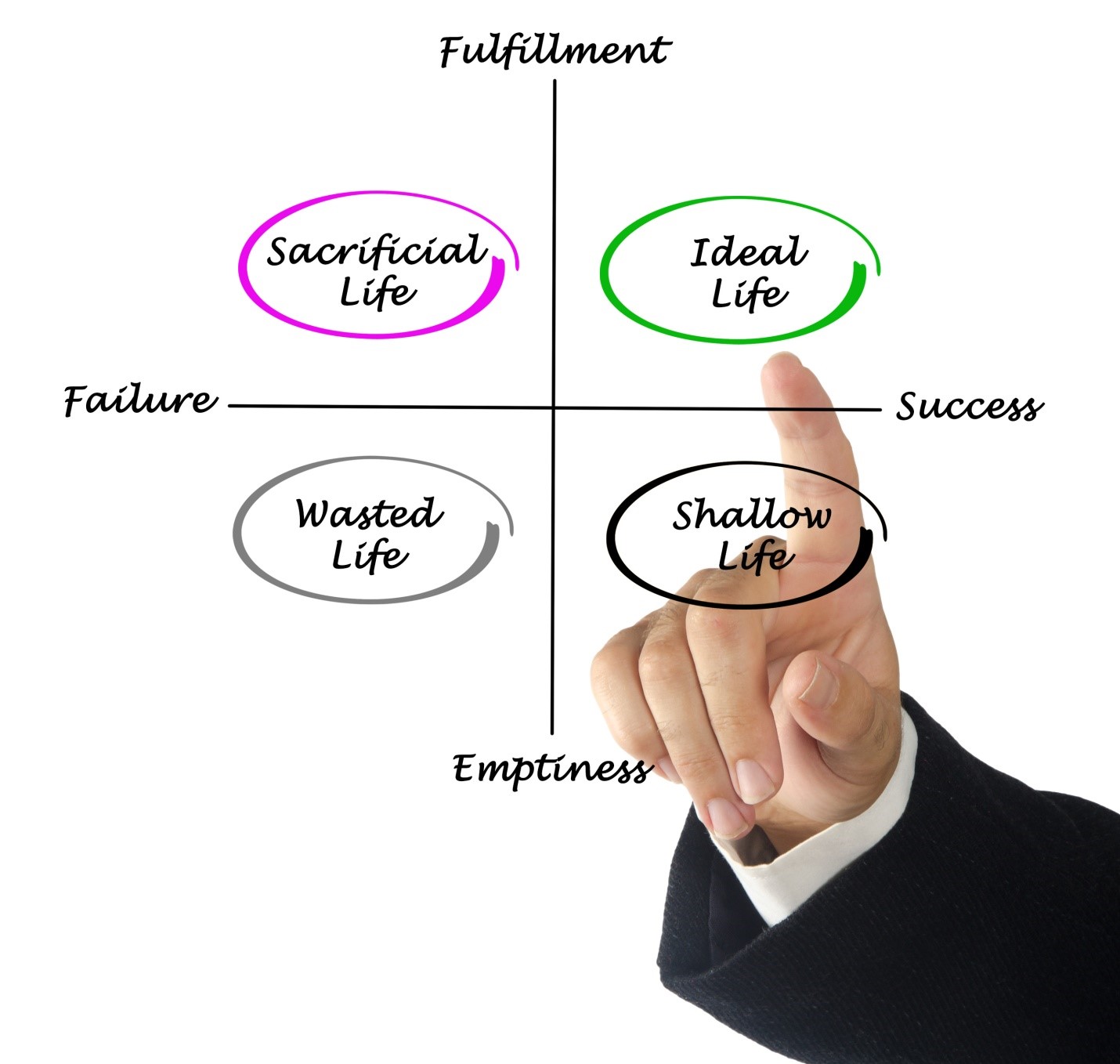 After the Christmas break, do you yearn for a happier and less stressful 2016? You may not be able to achieve both!!
Let’s face it, stress has a bad name. It is often linked with harmful things like burn-out, struggle, adversity, despair, physical and mental illness, and even death. We are always told that we should actively try to reduce our stress. But – what if we thought of stress differently? What if we linked it to learning, growth, achievement, fulfilment and meaning?

RELATED:  Why meaning matters more than happiness at work

In my presentations and workshops I strongly advocate that people make time for the things that make us more resilient, robust, and healthy. Whilst too much stress can be harmful, it appears it is more how we think about stress that determines whether it does us harm (more on this later).

In Kelly McGonigal’s book The Upside of Stress, she reveals some fascinating research. In 2006, researchers from Gallup asked more than 125,000 people, from 121 countries one question: Did you feel a great deal of stress yesterday?

From this, the researchers computed a national stress index which contained a worldwide average of 33. The Philippines was the most stressful with 67%, the U.S. was 43%, and Mauritania ranked last at 5%.

The researchers wondered if there was a correlation with wellbeing indexes like happiness, life expectancy, and national GDP. To the researchers’ surprise, the higher the nation’s stress index, the higher the nation’s wellbeing. A higher stress index also predicted higher national measures on happiness, satisfaction with life, health, work, standard of living, and community.

When it came to overall wellbeing, the happiest people weren’t the ones without stress; they were the people who were stressed, but not depressed or suffering.

McGonigal refers to this as the stress paradox. High levels of stress are associated with both distress and wellbeing. Importantly, happy lives are not stress free, nor are stress free lives a guarantee of happiness.

It turns out a meaningful life is also a stressful life.

In 2013, researchers at Stanford and Florida University asked a broad sample of U.S. adults, “Taking all things together, I feel my life is meaningful.”

When they analysed the responses, people who had experienced the most number of stressful life events in their past, were most likely to consider their life meaningful.

A life without stress is not necessarily good. One large study of middle aged men showed that those with high levels of boredom were more than twice as likely to die of a heart attack over the next 20 years.

By contrast, a UK study that followed 9000 people for 10 years, found that those that reported highly meaningful lives, had a 30% lower mortality.

If meaning is worth pursuing (despite the stress) for a happy life, could it also help us when we are faced with despair, crises, and depression?

Viktor Frankl was a Jewish psychiatrist who survived unimaginable hardship whilst imprisoned in Nazi concentration camps during WWII. In his inspirational book Man’s Search for Meaning he describes how he and others managed to cope with unimaginable hopelessness when only one in 29 lived. When asked in an interview how you can find meaning when there is a sense of hopelessness, he replied that for him it comes down to mathematical formula:

He then outlined several examples of people who faced extraordinary adversity and injuries, but then learnt to overcome these setbacks by discovering meaning.

So if meaning is worth pursuing, but almost guarantees stress, could we think about stress differently?

The Yerkes–Dodson law is an empirical relationship between arousal (stress) and performance, originally developed by psychologists Robert M. Yerkes and John Dillingham Dodson in 1908. The law dictates that performance increases with stress (physiological or mental arousal), but only up to a point. When levels of arousal become too high, performance decreases. The process is often illustrated graphically as a bell-shaped curve which increases and then decreases with higher levels of arousal.

What this demonstrates is that we must know our own optimal level of stress, and actively work not to exceed it.

McGonigal also outlines another surprising finding about stress. In 1998, thirty thousand adults in the U.S. were asked how much stress they have in their lives. They were also asked, Do you believe that stress is harmful to your health?

Eight years later, the researchers found that high levels of stress did indeed increase the risk of dying by 43%. But, the increased risk ONLY applied to those who thought that risk was harmful to their health.

So pursue a more meaningful 2016, even if it could lead to higher levels of stress. Learn how to transform that discomfort into increased performance and fulfilment.

One the most rewarding things I do in my workshops is to help people define their purpose, so that they can lead a more meaningful and productive life – more on this to come.

RITUAL 7/7: TRUE TO SELF – ask weekly if you like yourself, like what you are doing, and how you are doing – reset

Develop your Leadership Resilience. Sign up for our free 7 Rituals of the Resilient Leader poster and course to learn how to build your resilient, mood, and performance.

Graeme Cowan is Australasia’s #1 Leadership Resilience authority. He is an author and speaker who shows leaders how to create rituals that build their resilience, mood, and performance. To download his speaking brochure click here. If you have questions about his availability or suitability for presenting to your organisation please email support@graemecowan.com.au or call +61 2 8005 0344

Let’s face it, work has been very challenging for many of us in the last year. Recent ...
END_OF_DOCUMENT_TOKEN_TO_BE_REPLACED
News

Uncertainty can cause more stress than actual pain. Science tells us that we humans are ...
END_OF_DOCUMENT_TOKEN_TO_BE_REPLACED
News

These are the top 5 things leaders should focus on to prevent employee burnout (Gallup ...
END_OF_DOCUMENT_TOKEN_TO_BE_REPLACED
News

Do you think your team members would like to work in the office, work from home, or work ...
END_OF_DOCUMENT_TOKEN_TO_BE_REPLACED
News

In 1976, Professor Carlo Cipolla, an economics professor at the University of California ...
END_OF_DOCUMENT_TOKEN_TO_BE_REPLACED
General

Our Federal Parliament has been inundated with graphic accounts of misogyny, sexual ...
END_OF_DOCUMENT_TOKEN_TO_BE_REPLACED
General

I recently visited beautiful Forster, on the NSW mid-north coast. Having grown up in Taree...
END_OF_DOCUMENT_TOKEN_TO_BE_REPLACED
News

Do you consider yourself to be a caring leader? Self-care and caring for others in your ...
END_OF_DOCUMENT_TOKEN_TO_BE_REPLACED
News

Asking R U OK? can be scary. What if the other person replies with a “No”. ...
END_OF_DOCUMENT_TOKEN_TO_BE_REPLACED