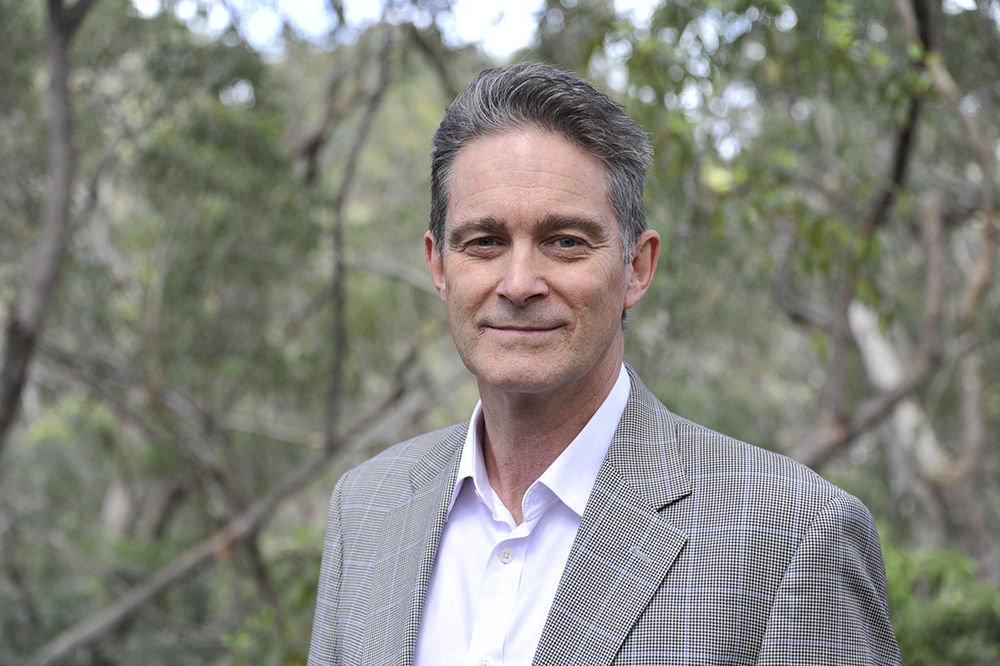 In 2000 I was a Joint Managing Director with management consulting firm AT Kearney, when I crashed and burned (more later). Since then I’m continually surprised by the volume of people who ask my advice about helping someone they are concerned about.

I have told my story through my keynote presentations, the BACK FROM THE BRINK book series, and my involvement in helping to start the R U OK? movement.

Stories of vulnerability invite others to share their struggles, and isn’t it better to actually talk about the elephant in the room.

I was recently reminded of how mental illness touches all of us when I attended a Professional Speakers Association conference with my peers at the Gold Coast in Australia. During a 48 hour period I had 9 people ask me how to help their brother or daughter or father or husband, etc.

These issues touch all of us and yet when we are going through it – whether personally or through trying to help a loved one – we feel so alone. This is despite Wesley Mission finding that 78% of us know someone close to us who struggles with depression or an anxiety disorder.

This is my story – and I hope it inspires you to share your story, if you have been touched personally by mental illness (with some provisos to follow).

WHO now nominate depression as the leading cause of disability in the world, Medibank research shows that depression and stress disorders account for the most lost productivity, and a 2017 survey of HR Managers by Kronos estimate that up to 50% of employee turnover was due to burnout. This is an extraordinarily serious and expensive community and work problem, and yet it shrouded in silence.

In 2000, I was working in executive search specializing in recruiting leaders in the brand new field of ecommerce. We were in the middle of a tech boom and phones were running hot. Everyone wanted to recruit people with these rare skills, and it was hard to imagine it would ever change.

On March 10, 2000, it did. That was the beginning of the tech crash and it was also happened to be my birthday. Not such a great birthday present! This market decline led to total disruption. Suddenly the phones weren’t ringing and we didn’t have revenue coming in, which I found incredibly stressful. With that stress, came poor sleep and energy levels, and yet I tried to present a positive face each day. Despite putting on this mask, I felt an emptiness that was difficult to shake and I was also gripped by anxiety.

In a very short period of time I lost my job, my 20 year marriage broke down, became estranged from my kids, and went to live with my parents. I now fondly refer to those years as my George Costanza years. George was that lovable loser on Seinfeld. I love George, but I don’t want to be George!

Through great medical support, regular exercise, reconnecting with loved ones, and doing volunteer work, I did start to come back from the brink. Sharing my story, and inviting others to share theirs in my first book, was also a critical component of my recovery. I interviewed well-known and everyday Australians that had bounced back.

Included in the interviews was the former Premier of Western Australian Geoff Gallup, who surprised his state when he resigned due to depression.

I remember being at a book signing in Perth, when every third person said words to the effect, “When the Premier spoke honestly about his depression, I knew it was time to discuss it with my family”. That is the power of story.

There were also interviews with other high achievers such as Olympic Gold medal swimming champions Petria Thomas and John Konrads, and an icon from the art world Margaret Olley, who has since passed away.

The book was launched by the former NSW Opposition leader John Brogden at the Black Dog Institute. Because there were a number of high profile people interviewed there was a lot of media interest.

Over the next two weeks I did close to 200 TV, press, and radio interviews. It was truly humbling to receive hundreds of emails and letters telling me that someone’s story in the book had touched them and inspired them to take action. That is the power of story.

What surprised me was that most of the people that contacted me on talk back radio or at book launches were people who were concerned about a loved one, not the person struggling. That was a huge insight to me, as I didn’t realize the impact my illness had on those around me.

This lead to my second book, BACK FROM THE BRINK TOO: helping your loved one overcome depression, which was awarded SANE Australia’s Book of the Year. Through researching this book and my work in starting R U OK?, I learnt how critical it was to support the loved ones of those in distress.

In the final book in the series, BACK FROM THE BRINK: true stories and practical help of overcoming depression & bipolar disorder, I interviewed Alastair Campbell, who was Tony Blair’s chief advisor, and Patrick Kennedy, who was the late Senator Ted Kennedy’s son.

What I’ve learnt from sharing my story is that it can invite others to share their story. It can also inspire someone to take action. Stories break down stigma. You can never know the impact a story may have. The more stories the better.

I was humbled to receive this LinkedIn message following one of my presentations.

Recently I had the pleasure of being at one of your presentation….. your talk has given me the tools and motivation to hit my issues head on and make some changes.

In the last few weeks I have dropped 5kgs, had twice the energy I did and taken up meditation (which I love).  I have also made more time for my family and this has brought about a change in my 2 daughters and my wife, they seem to like having me around now and want to spend more quality time with me.
Once again thank you for your talk and congratulations on Are U Ok.
Warm regards

Your story could change a life.

My challenge to you

If you haven’t told your story before, share it with someone that you trust. If you have supported someone with depression or anxiety, share the insights you have learnt with someone who could benefit. Your story could change a life.

Let’s face it, work has been very challenging for many of us in the last year. Recent ...
END_OF_DOCUMENT_TOKEN_TO_BE_REPLACED
News

Uncertainty can cause more stress than actual pain. Science tells us that we humans are ...
END_OF_DOCUMENT_TOKEN_TO_BE_REPLACED
News

These are the top 5 things leaders should focus on to prevent employee burnout (Gallup ...
END_OF_DOCUMENT_TOKEN_TO_BE_REPLACED
News

Do you think your team members would like to work in the office, work from home, or work ...
END_OF_DOCUMENT_TOKEN_TO_BE_REPLACED
News

In 1976, Professor Carlo Cipolla, an economics professor at the University of California ...
END_OF_DOCUMENT_TOKEN_TO_BE_REPLACED
General

Our Federal Parliament has been inundated with graphic accounts of misogyny, sexual ...
END_OF_DOCUMENT_TOKEN_TO_BE_REPLACED
General

I recently visited beautiful Forster, on the NSW mid-north coast. Having grown up in Taree...
END_OF_DOCUMENT_TOKEN_TO_BE_REPLACED
News

Do you consider yourself to be a caring leader? Self-care and caring for others in your ...
END_OF_DOCUMENT_TOKEN_TO_BE_REPLACED
News

Asking R U OK? can be scary. What if the other person replies with a “No”. ...
END_OF_DOCUMENT_TOKEN_TO_BE_REPLACED