Let’s face it, work has been very challenging for many of us in the last year. Recent research by SuperFriend of 10000+ employees, shows that 42% of us have had mental health issue in the last year. Successful leaders recognise that having a mentally healthy culture is the #1 priority for employees when evaluating a […]

Uncertainty can cause more stress than actual pain. Science tells us that we humans are not hard wired to be very good at uncertainty. University College of London research tells us that we will be less anxious knowing that we will DEFINITELY be getting an electric shock, than if we COULD be. During the Nazi […]

These are the top 5 things leaders should focus on to prevent employee burnout (Gallup 2018): 1. Listen to work related problems 2. Encourage teamwork 3. Make everyone’s opinion count 4. Make work purposeful 5. Focus on strengths-based feedback and development. Everyone deserves to work for a leader who cares about them and their growth. […]

In 1976, Professor Carlo Cipolla, an economics professor at the University of California published an essay about what he perceived as humanity’s greatest threat: Stupidity. His 5 universal laws of stupidity are: Everyone underestimates the number of stupid people Stupid people can be found anywhere Stupid people cause losses to others with no gain to […]

Our Federal Parliament has been inundated with graphic accounts of misogyny, sexual assault, rape allegations, and toxic departments. Our Prime Minister, Scott Morrison recently claimed it was a triumph for the protesters that they weren’t “met with bullets” during the March 4 Justice rallies. Morrison says ‘the house’ is just like any workplace. Politicians with broader career […]

I recently visited beautiful Forster, on the NSW mid-north coast. Having grown up in Taree it is an area I am quite familiar with. I caught up with a friend who shared that he had lost 2 friends to suicide in the last month. This is a town of just 14,000. It is tragic that […]

Do you consider yourself to be a caring leader? Self-care and caring for others in your team is the foundation of highly effective, sustainable and innovative teams. It comes down to what leaders do each day. Here are my top 10 “commandments” for truly caring leaders.

Asking R U OK? can be scary. What if the other person replies with a “No”. It’s really important to show empathy and not dismiss their feelings. This short video has my top tips for demonstrating empathy when having sensitive conversations.

How to increase your probability of high life satisfaction by 300%

How can we build our strengths, effectiveness, and sense of contribution at work?  Developing our talents can lead to greater life satisfaction. We all know that having a good manager is crucial to being productive and engaged in the workplace. After all, as the saying goes “people don’t leave bad jobs, they leave bad […]

My webinar with Mike Schneider, CEO, Bunnings – about building a mentally healthy culture

It is always a great day when I meet a leader who shares my vision for building a caring and resilient workplace. Last Tuesday I had a live steam conversation with Michael Schneider, the CEO, of Bunnings. Mike has approximately 44,000 team members under his care, and he is passionate about their mental wellbeing. He regularly live broadcasts […] 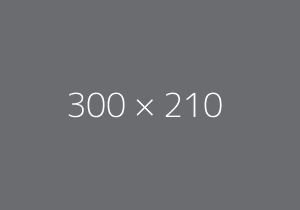 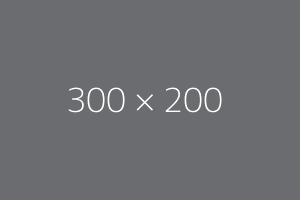 Tagline and link is here

Let’s face it, work has been very challenging for many of us in the last year. Recent ...
END_OF_DOCUMENT_TOKEN_TO_BE_REPLACED
News

Uncertainty can cause more stress than actual pain. Science tells us that we humans are ...
END_OF_DOCUMENT_TOKEN_TO_BE_REPLACED

"I have worked with Graeme in a number of organisations and find myself continually referring his name on to the CEOs and Executives I work alongside with. Graeme is authentic, empathetic in nature and has supported the coming together of executive teams that face challenging times through transformation and changing environments. His style allows senior executives to think differently about emotional resilience and wellbeing strategies that can increase performance and culture in an organisation. Would use Graeme's support any day!"

Natalie BrittDirector of Human Resources
"I’ve used Graeme three times to help my leaders focus on what they can control. We walk away with tools, activities, and stories that we can use for ourselves, our teams, and in our personal lives. He cares and is definitely someone to work if you value your team’s resilience & wellbeing."

David PloengesPeople, Safety, and Culture Director
"Many of our leaders said that your presentation was the best they had seen at a Partner's meeting - and we have had some great speakers - so that says it all. I would recommend you to any CEO who is interested in the sustainable success of their leadership team."

Gary McdiarmidCEO
“Graeme Cowan is at the forefront of research around what is needed to thrive in the rapidly changing world of work. Our clients often engage Graeme beyond the event, to continue the conversation. He has his finger on the pulse of what business needs today.”