The secret to an agile, fast learning, and resilient team 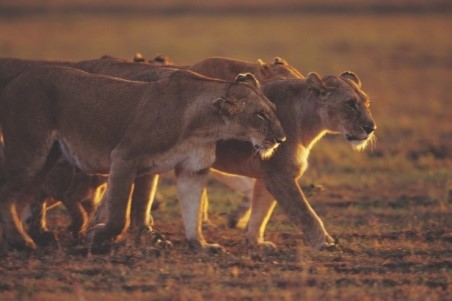 Every organisation I speak to is trying to do more with less, faster than they did before. This requires the capacity to try many things, fail a lot, learn quickly, and adopt the successful ideas fast.

So what is the secret to an agile, fast learning and resilient tribe? Amy Edmondson, a Harvard Business School Professor, and Google have a surprising finding.

In 1998 I was working in executive search and I remember one of my researchers coming and saying, “I’ve found this website called Google. You won’t believe what it can do.” I remember going into her office and doing my first search. After seeing the search results, I thought that this changes everything. Twenty years later, many of my clients say that would like to be more agile and resourceful like Google.

Since that initial exposure 19 years, Google’s rate of innovation and success has been remarkable. They are now the second largest company in the world (by market capitalisation).

Let’s quickly review their last 20 years. They started off as an internet search engine but quickly evolved to launch Adwords, YouTube, Maps, Gmail, and other inventions featuring artificial intelligence such as seen in self-driving cars. By any measure they have outperformed, outlasted, and outmaneuvered their peers.

You might say that agility is second nature to high tech firms, but many high growth start-ups have imploded. So what do Google do differently?

In 2012, Google began a quest to understand the secret to their best teams. These were teams that would form and reform on multiple projects, and consistently exceed expectations. They examined 180 teams from around the world, and monitored 250 separate factors in each team.

They looked at individual employee factors like IQ, EQ, diversity, high potential vs. everyday employee mix, but they could find no correlation. What they discovered after 18 months was that it wasn’t individual members that could predict team success, but how the teams worked together. They referred to this as team norms.

They found that the five different norms that led to outperformance were:

While all five factors were shown to be important, by far the most important was psychological safety. So what do these teams do differently? Google found specific behaviours that were prevalent in these successful teams.

Employees speak approximately equally. They feel safe to try new ideas and make mistakes, and know that they won’t be crucified if things go wrong. They also welcome new ideas and are encouraged to contribute their own.

They also found there was one team ritual that consistently increases psychological safety measures. This was encouraging everyone to share a risk they had taken in the last week. Team leaders set the example and encourage everyone to participate.

Supportive and caring tribes are more productive and influential. This is also confirmed by Gallup research that shows that the more employees that strongly agree with this statement: “My supervisor or someone at work seems to care about me as a person” the higher the profit, the higher the productivity, the higher the customer service levels and the longer employees stay with the firm.

So the secret to a more agile, fast learning and resilient tribe is one that cares for each other, and has a continual improvement mindset.

Let’s face it, work has been very challenging for many of us in the last year. Recent ...
END_OF_DOCUMENT_TOKEN_TO_BE_REPLACED
News

Uncertainty can cause more stress than actual pain. Science tells us that we humans are ...
END_OF_DOCUMENT_TOKEN_TO_BE_REPLACED
News

These are the top 5 things leaders should focus on to prevent employee burnout (Gallup ...
END_OF_DOCUMENT_TOKEN_TO_BE_REPLACED
News

Do you think your team members would like to work in the office, work from home, or work ...
END_OF_DOCUMENT_TOKEN_TO_BE_REPLACED
News

In 1976, Professor Carlo Cipolla, an economics professor at the University of California ...
END_OF_DOCUMENT_TOKEN_TO_BE_REPLACED
General

Our Federal Parliament has been inundated with graphic accounts of misogyny, sexual ...
END_OF_DOCUMENT_TOKEN_TO_BE_REPLACED
General

I recently visited beautiful Forster, on the NSW mid-north coast. Having grown up in Taree...
END_OF_DOCUMENT_TOKEN_TO_BE_REPLACED
News

Do you consider yourself to be a caring leader? Self-care and caring for others in your ...
END_OF_DOCUMENT_TOKEN_TO_BE_REPLACED
News

Asking R U OK? can be scary. What if the other person replies with a “No”. ...
END_OF_DOCUMENT_TOKEN_TO_BE_REPLACED