R U OK?365 – why everyone should follow the Navy’s example 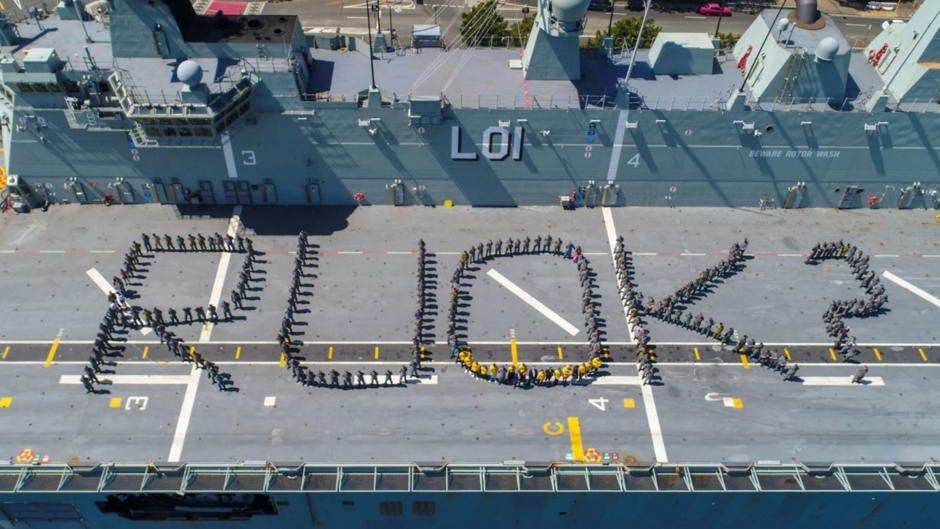 When Gavin Larkin first planned R U OK? Day, our mission was never just about one day of the year. The one day did provide a point of focus, and it has served us well. We will always have one day that we celebrate, but it is not enough.

R U OK?’s reach and impact has grown dramatically since I helped Gavin to launch it in Parliament House in 2009. Ten years later, our latest research reveals:

There are also many examples where small and large organisations have done some wonderful things. See: 29 Great R U OK? Day @ Work Programs . We have a lot to be proud of, but we still have so far to go.

We continue to hear some stories, where tokenism is perceived. A tick the box exercise. The tragic story below illustrates this point.

It’s been awhile since we talked and connected – possibly not since my xxxx days. I thought I’d reach out to you as a director at ruok and share an experience I had last year on ruokday and in the days leading to it. My mother suicided last year.

6 months almost to the day later it was World Suicide Prevention Day. It hit me hard. Then it was RUOKDay. I was so not okay. People in my workplace wandered around saying in a lighthearted tone “are you okay, is everyone okay”, clearly making light of it (and admitting this to me later).

I was asked if I was okay because it was ruokday by the CEO- via email. What an appalling experience. I subsequently left that organisation but my point is that I think this needs to be part of the discussion for the future of ruokday. That this is serious. That making light of it, making fun of the day, of the name, whatever, actually prevents people from saying that no they’re not okay. And that defeats the purpose and intent. This year I’ll be taking that week off work because it’s a traumatic week for me.

I hope you can take something useful from this to have or start a conversation. Best wishes

We must change this

My heart aches when I hear stories like this. I am meeting with her when she returns from holidays to empathize, and explore ways to address this important issue further.

So how do we help workplaces transition from R U OK? just being thought of as one day of the year. How do we get senior leaders to take this seriously? A great example is better than theory. 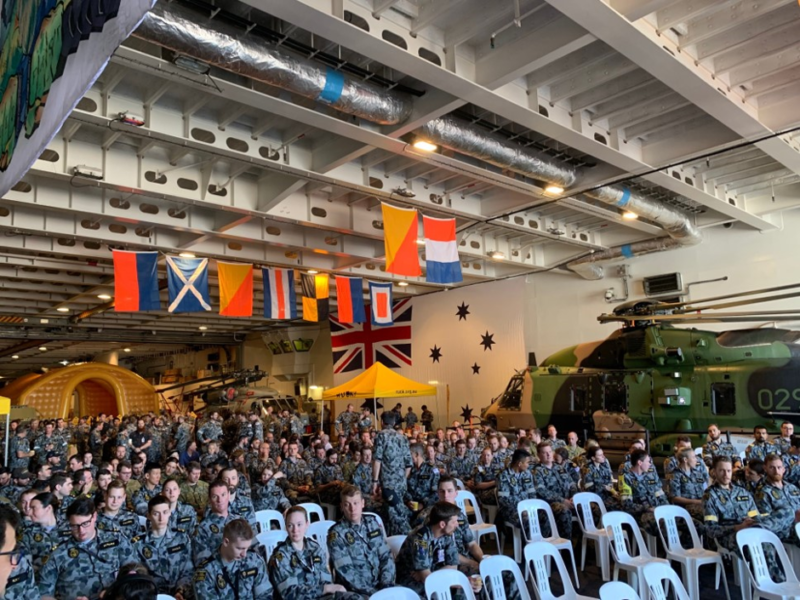 The Australian Navy launched R U OK?365 in November 2019 on HMAS Adelaide. The image above shows 600 sailors watching the launch prior to departing for 3 months overseas.

What made a huge impact was two great people speaking. Gwen Cherne is an R U OK? Ambassador who tragically lost her husband Peter – a Serviceman – to suicide. As she addressed the crowd, you could hear a pin drop.

She explained the signs she missed – that his mates missed – and then provided very practical tips about how these departing men and women could support each other and also stay connected with loved ones back home. 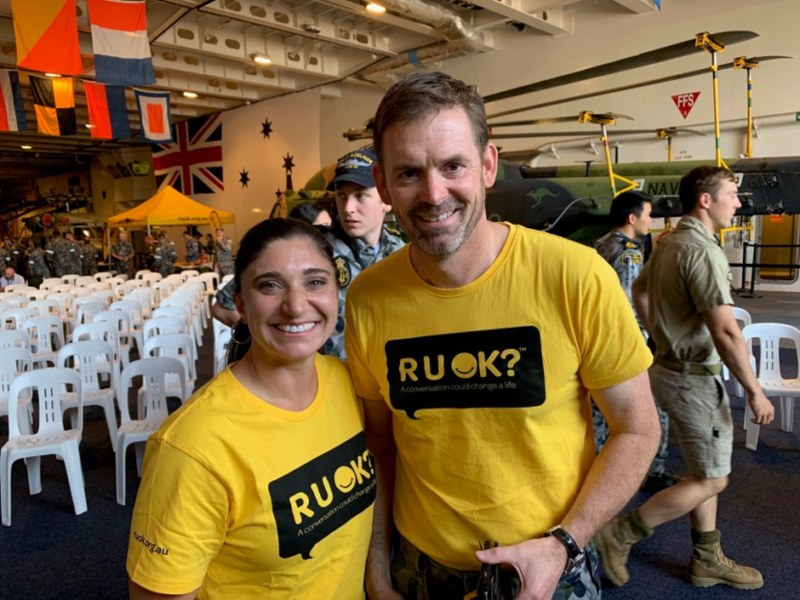 She was followed by Commodore @Stephen Hughes (who oversees 19 ships and 4700 sailors).

He acknowledged the tragedy of Gwen’s story and then said that we never want to lose anyone from the Navy family, and that should be reason enough for everyone to embrace R U OK? every day. He then explained that this is also capability and risk mitigation issue. If one person is compromised the whole team and whole ship is compromised. Brilliant. In 2 minutes, he combined compelling humanitarian, productivity, and risk management reasons.

All of us then went to the top deck when the image at the top was taken. A highly impactful morning.

So, what were the critical success factors for this great launch? 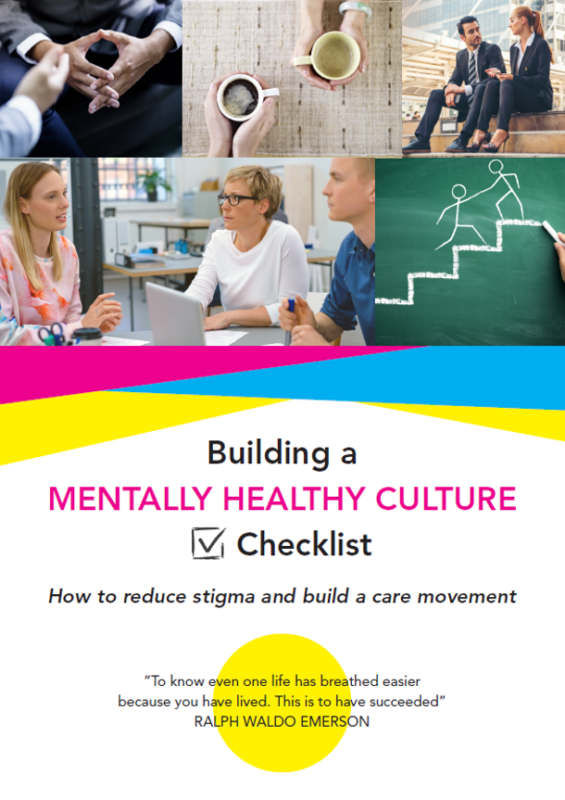 Do you think you have a very senior, respected, and influential leader that would want to champion the cause? Talk with her/him. If they are on-board, go through the checklist and prepare a plan. The Building a MENTALLY HEALTHY CULTURE Checklist can downloaded here.

Let’s face it, work has been very challenging for many of us in the last year. Recent ...
END_OF_DOCUMENT_TOKEN_TO_BE_REPLACED
News

Uncertainty can cause more stress than actual pain. Science tells us that we humans are ...
END_OF_DOCUMENT_TOKEN_TO_BE_REPLACED
News

These are the top 5 things leaders should focus on to prevent employee burnout (Gallup ...
END_OF_DOCUMENT_TOKEN_TO_BE_REPLACED
News

Do you think your team members would like to work in the office, work from home, or work ...
END_OF_DOCUMENT_TOKEN_TO_BE_REPLACED
News

In 1976, Professor Carlo Cipolla, an economics professor at the University of California ...
END_OF_DOCUMENT_TOKEN_TO_BE_REPLACED
General

Our Federal Parliament has been inundated with graphic accounts of misogyny, sexual ...
END_OF_DOCUMENT_TOKEN_TO_BE_REPLACED
General

I recently visited beautiful Forster, on the NSW mid-north coast. Having grown up in Taree...
END_OF_DOCUMENT_TOKEN_TO_BE_REPLACED
News

Do you consider yourself to be a caring leader? Self-care and caring for others in your ...
END_OF_DOCUMENT_TOKEN_TO_BE_REPLACED
News

Asking R U OK? can be scary. What if the other person replies with a “No”. ...
END_OF_DOCUMENT_TOKEN_TO_BE_REPLACED