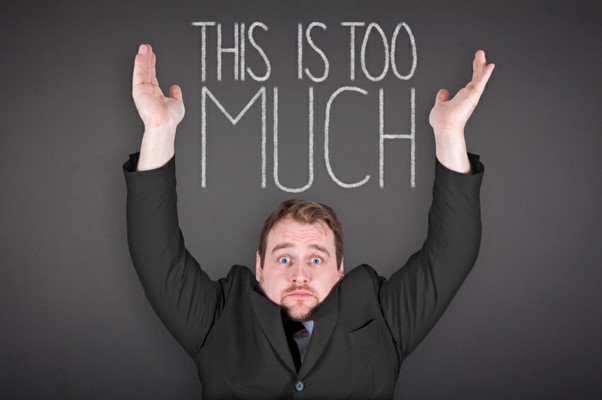 Our Federal Parliament has been inundated with graphic accounts of misogyny, sexual assault, rape allegations, and toxic departments. Our Prime Minister, Scott Morrison recently claimed it was a triumph for the protesters that they weren’t “met with bullets” during the March 4 Justice rallies.

Morrison says ‘the house’ is just like any workplace. Politicians with broader career experience like Julie Bishop and Malcolm Turnbull, say things happen in parliament that would never be tolerated in other companies.

The implications for this toxic culture are profound, as research shows that it leads to a decline in employee engagement and discretionary effort.  Negative cultures also lead to 50% higher voluntary turnover.

There are examples of extraordinarily successful CEOs who focus equally on building a culture of care AND high performance. Late last year I asked people to nominate leaders they had worked for that fit this profile. This year I have interviewed the leaders who were nominated, for The Caring CEO podcast. After listening to the interviews, people who work in the CEOs workplace, have shared on LinkedIn how much they admire them.

There were consistent lessons and themes that emerged from these leaders, including:

Amanda Yeates, Deputy Director-General with the Queensland Department of Transport and Main Roads, recognised that prioritising her own wellbeing was paramount during the pandemic. Amanda had regular gym workouts with her teenage daughters, which was both physically and mentally valuable for them and established a strong sense of comradery. Amanda’s commitment to the wellbeing of those around her led her to be Chair of the Department’s Wellbeing Committee where they went on to introduce a structured timetable of wellbeing events, promoting physical health and connection.

Research shows that if a leader practices self-care, 91% of employees are motivated to do their best by the company, versus 38% where there is no leadership support.

Each of these leaders were strong advocates of the R U OK? movement. Ramsay twice won R U OK?’s best workplace awards.

Emma Hogan, Secretary, NSW, Department of Customer Service volunteered that the R U OK movement should evolve to three questions – ‘Am I ok?’, ‘Are we OK?’ and R U OK? – which truly recognizes the benefit of a caring culture.

Nobody embodies humility more than Mike Schneider, CEO of Bunnings. Although he leads a team of 55,000, he lives by his own 4Hs of leadership – honest, humble, helpful, and happy. Could this be why Bunnings is the #1 most trusted brand in Australia?

He openly shares his need for seeking help and cites having coaches for business and running, as well as a psychologist for stressful times.

Pat Grier, the former CEO of Ramsay Healthcare, practiced ‘leading from behind’. His focus was on seeing the 80% of good in people, encouraging them to reach their potential.

“If you are living with domestic violence, the full resources of company will support you.” This is just one example of how care and empathy radiated from Chris Sutherland, the former CEO of Programmed. The simple one-page policy pledged access to money, legal support, security, and transport – with no cap.

Grier was also instrumental in creating the company’s values, The Ramsay Way – with the tag ‘People caring for people’. During his time with Ramsay, they grew from 12 hospitals to over 100, and massively outperformed the ASX in return to investors.

Gallup research has shown that the more employees that strongly believe ‘My supervisor cares about me’ – the higher the profit, and the longer an employee stays with the company.

Hogan is very generous with praise of those around her. She continually shares what she has learnt from others. Although she has only been in the public sector for 3 years, she stresses the impressive depth of talent that she has found there to help solve complex problems. This was consistent with the other leaders interviewed, who spoke about ‘we’, not ‘I’.

The year ahead will continue to be uncertain and stressful at work. Successful leaders will demonstrate that their #1 priority is to build more caring and resilient teams, who enjoy growing together. The rest will be blaming others.

Let’s face it, work has been very challenging for many of us in the last year. Recent ...
END_OF_DOCUMENT_TOKEN_TO_BE_REPLACED
News

Uncertainty can cause more stress than actual pain. Science tells us that we humans are ...
END_OF_DOCUMENT_TOKEN_TO_BE_REPLACED
News

These are the top 5 things leaders should focus on to prevent employee burnout (Gallup ...
END_OF_DOCUMENT_TOKEN_TO_BE_REPLACED
News

Do you think your team members would like to work in the office, work from home, or work ...
END_OF_DOCUMENT_TOKEN_TO_BE_REPLACED
News

In 1976, Professor Carlo Cipolla, an economics professor at the University of California ...
END_OF_DOCUMENT_TOKEN_TO_BE_REPLACED
General

Our Federal Parliament has been inundated with graphic accounts of misogyny, sexual ...
END_OF_DOCUMENT_TOKEN_TO_BE_REPLACED
General

I recently visited beautiful Forster, on the NSW mid-north coast. Having grown up in Taree...
END_OF_DOCUMENT_TOKEN_TO_BE_REPLACED
News

Do you consider yourself to be a caring leader? Self-care and caring for others in your ...
END_OF_DOCUMENT_TOKEN_TO_BE_REPLACED
News

Asking R U OK? can be scary. What if the other person replies with a “No”. ...
END_OF_DOCUMENT_TOKEN_TO_BE_REPLACED