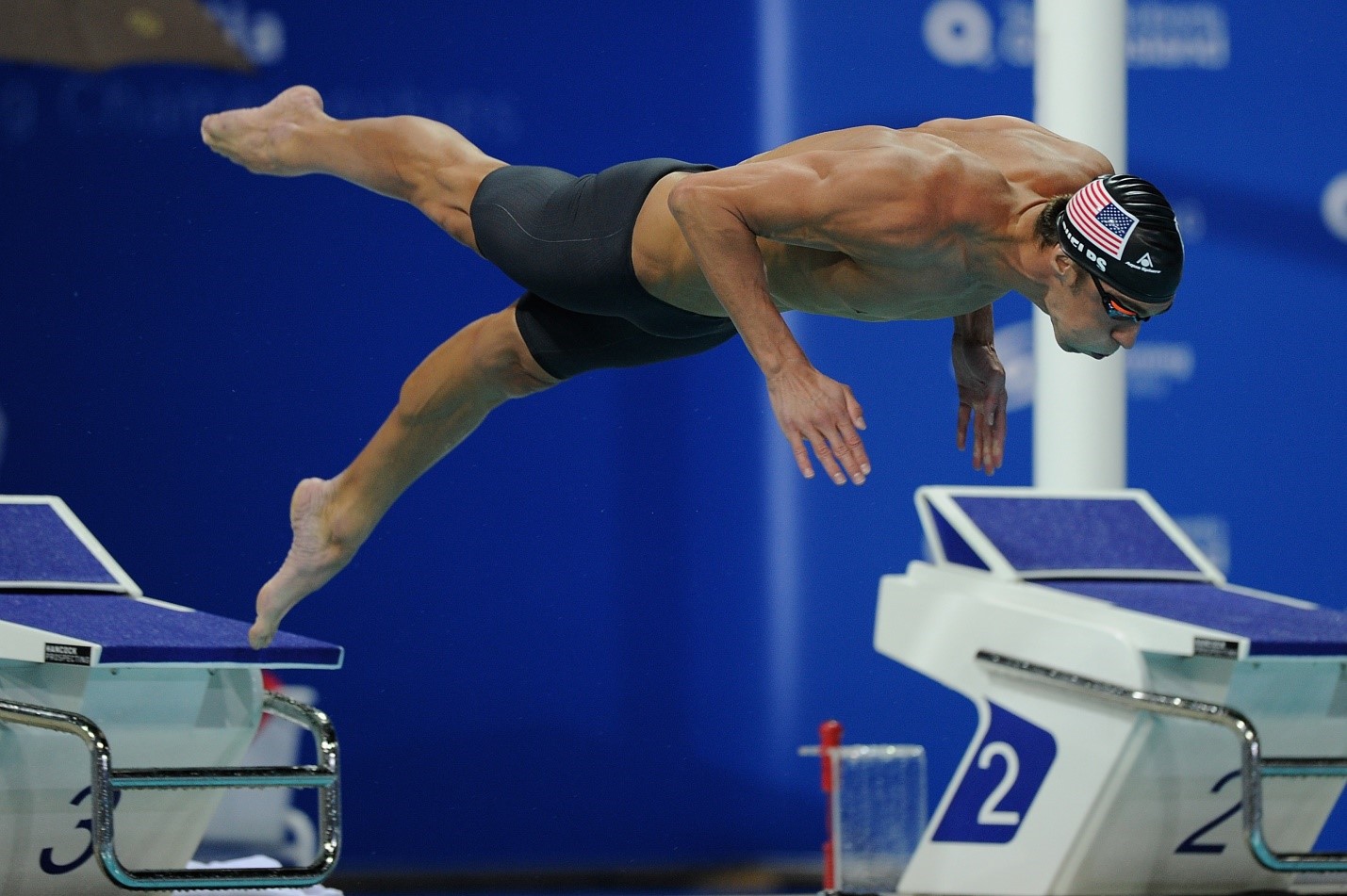 Whilst it is almost incomprehensible to realize that Michael Phelps has just won his 21st Gold Medal in Rio, it is fascinating to reflect on the rituals that have helped him to reach an unsurpassed level of Olympic achievement.

Whilst elite sport requires strength, stamina, practice, and persistence, many other athletes have this also. Does he do anything different?

A paper published by a Duke University researcher in 2006 found that more than 40% of the actions people perform each day weren’t actual decisions, but rituals and habits.

Whilst Phelps’ life hasn’t been perfect (whose has?), and his struggles post earlier retirement have been well documented, it is fascinating to see that the race day of this sports outlier is punctuated by deliberate rituals.

In interviews conducted with Phelps’ coach Bob Bowman, and contained in Charles Duhrigg’s book The Power of Habit we gain some insight into what has made him a swimming legend.

When Bowman first met Phelps’ as a 7 year old, he observed the perfect swimmer’s body, but also saw a child who was prone to stress and emotion. At the time his parents were divorcing, and he was having difficulty coping. He struggled to calm down before a race.

Bowman bought a relaxation book and encouraged his mother to read to him aloud each night. The book contained a script – “Tighten your right hand into a fist and release it. Imagine the tension melting away” – that tensed and released each part of his body before he fell asleep.

Bowman believed that for any elite athlete, the key to victory was creating the right routines. He helped Phelps create rituals that would help him become the mentally strongest swimmer in the world.

When Phelps was a teenager, Bowman would tell him to go how and watch the “videotape” before you go to sleep and when you wake up. The “videotape” wasn’t real, but the mental visualization of the perfect race. Phelps would imagine diving off the blocks and in slow motion, swimming flawlessly. He would visualize the strokes, the pool, and the finish. He would lie in bed with his eyes shut and watch the entire completion down to the smallest details.

During practice when Bowman would want Phelps to swim at race speed, he would shout “Put in the video tape.”

He didn’t need to control all aspects of Phelps life. All he had to do was focus on a few specific habits that had everything to do with creating the right mindset.

What about deliberate race day rituals?

In Duhrigg’s book he outlines a typical day before a high stakes event – in this case August 13, 2008, at the Beijing Olympics before two swimming finals.

7am – Sits down for his regular race day breakfast of eggs, oatmeal, and 4 energy shakes, the first of more than 6 thousand calories he would consume in the next sixteen hours.

Begins his normal stretching routine, starting with arms, then his back, and then working down to his ankles, which were so flexible they could extend more than 90 degrees, farther than a ballerina’s en point.

He does his first warm up lap, then 800 metres of mixed styles, followed by 600 metres of kicking, 400 metres pulling a buoy between his legs, 200 metres of stroke drills, and a series of sprints to elevate his heart rate. This workout took precisely 45 minutes.

He exits the pool and starts squeezing into his bodysuit, so tight that it requires 20 minutes of tugging to put it on.

Then he puts headphones on to listen to hip hop music. His focus whilst waiting for a Rio race was parodied on YouTube  – Michael Phelps Gives Death Stare to Olympic Opponent. When he launches from the blocks he is totally in the zone.

What about your rituals?

Whilst we can only dream of emulating Michael Phelps, all of us can choose what we do each day. In research outlined in Sonja Lyubomirsky’s book The How of Happiness she shows that our resilience, mood, and performance are 40% determined by our daily actions (with genetics (50%) and events (10%) contributing the rest). Fulfilment, wellbeing and performance are a choice.

DEVELOP YOUR RESILIENCE, MOOD, AND PERFORMANCE 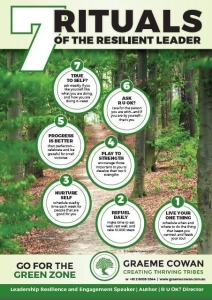 Your organisation may be interested in experiencing the 7 Rituals of the Resilient Leader Workshop –    Sign up for our free poster and course to learn how to create rituals that improve your resilience, mood, and performance.

Let’s face it, work has been very challenging for many of us in the last year. Recent ...
END_OF_DOCUMENT_TOKEN_TO_BE_REPLACED
News

Uncertainty can cause more stress than actual pain. Science tells us that we humans are ...
END_OF_DOCUMENT_TOKEN_TO_BE_REPLACED
News

These are the top 5 things leaders should focus on to prevent employee burnout (Gallup ...
END_OF_DOCUMENT_TOKEN_TO_BE_REPLACED
News

Do you think your team members would like to work in the office, work from home, or work ...
END_OF_DOCUMENT_TOKEN_TO_BE_REPLACED
News

In 1976, Professor Carlo Cipolla, an economics professor at the University of California ...
END_OF_DOCUMENT_TOKEN_TO_BE_REPLACED
General

Our Federal Parliament has been inundated with graphic accounts of misogyny, sexual ...
END_OF_DOCUMENT_TOKEN_TO_BE_REPLACED
General

I recently visited beautiful Forster, on the NSW mid-north coast. Having grown up in Taree...
END_OF_DOCUMENT_TOKEN_TO_BE_REPLACED
News

Do you consider yourself to be a caring leader? Self-care and caring for others in your ...
END_OF_DOCUMENT_TOKEN_TO_BE_REPLACED
News

Asking R U OK? can be scary. What if the other person replies with a “No”. ...
END_OF_DOCUMENT_TOKEN_TO_BE_REPLACED