How to change when change sucks Part 2 – Tapping into strength 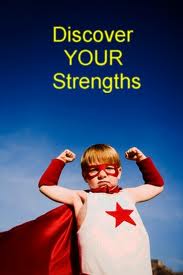 In my last article I highlighted the extraordinary change which is occurring within the Australian economy as organisations frantically strive to do more with less. This change can also lead to disengagement as employees feel alienated and not appreciated. Rather than fall into a victim mindset, I suggested that we should take control by considering 3 strategies:

Last week I covered 5 proven strategies to boost your mood.

Why would I want to tap into my strengths as chaos reigns around me?

Tom Rath, an advisor to the Gallup organisation highlights in his book StrengthsFinder 2.0 that those that use their top 5 strengths on a daily basis, are 6 times more likely to be engaged at work, and 3 times more likely to report having an excellent quality of life in general. Rather than dwell on what you can’t control, why not work on something that is proven to enhance our well-being?

Learning what your top 5 strengths are, and making a conscious decision to develop them will yield lifelong dividends.

In my workshops I ask people to share with their neighbour what they think their number one strength is out of 34 possibilities. Silence usually follows, as most people feel uncomfortable discussing their main strength, and those that can find it very hard to articulate.

What is a strength? 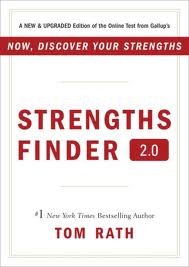 In 1999 using more than 30 years of in-depth research, Gallup scientists led by Donald O. Clifton Ph.D., created one of the first career assessment tools and training programs based on what is right with people. This program is built on the Clifton StrengthsFinder, a Web-based talent assessment tool. It helps people understand that they have the greatest potential to grow and succeed by leveraging their areas of greatest talent. And the bet­ter that people understand their talents, the more effectively they can take con­trol of the situations with which they are confronted. You can complete an assessment for USD $9.99 at www.GallupStrengthsCenter.com

How do I use my strengths to handle change?

Anita Alexander, a Talent Management Consultant from Gallup Australia suggests asking yourself – what is concerning me most about this change?  Is it uncertainty, loss of income, loss of control, loss of position, loss of face, possible retrenchment, etc?

Once you can identify your main stressor, then ask yourself – how can I use my strengths to address this change? By way of example, Anita quoted from an article by Brian Brim called How to handle change.

The article looks at Tim, a seminar leader. Three of Tim’s most dominant themes are Focus, Disci­pline, and Maximizer. The combination of these three themes means that Tim is potentially someone who stays on track, is highly organized, and tends to apply very high standards to his work. Tim’s Discipline contributes to these facts about him: His office is absolutely immaculate and highly organized. He irons his jeans. When he stays in a hotel, he makes the bed. And he leaves a note for the cleaner explaining his ac­tions: because he wants it made a certain way.

According to Tim’s responses to the StrengthsFinder, Adaptability is the theme in which Tim is least talented. People who are particularly talented in Adaptability tend to willingly respond to the demands of the mo­ment, even if it pulls them away from their plans. In contrast, people like Tim who are less talented in Adapt­ability may find it much more difficult to “go with the flow.”

Asking someone like Tim to cope with change by drawing on his Adaptabil­ity talents is a bit like sending a thirsty person to a dry well. When faced with change, Tim is far better off leveraging his more dominant themes because he’s much more likely to use them effectively.

So how does a person this organized and in control deal with change? Well, recently Tim was asked to teach a management seminar to 10 government employees at a national park visitor center. This particular visitor center is a large room with stuffed and mounted animals on the walls, along with hundreds of other plant and animal displays. Tim was told that the visitor center couldn’t close during the training, but he was reassured that his session would not be disturbed because this was typi­cally a quiet day

Things didn’t quite work out as planned. For starters, within the first 20 minutes of Tim’s session, a grandfather and grandson came into the center to look at the displays. The grandfather, who was evidently hard of hearing, spent about half an hour discussing the displays with his grand­son in a rather loud voice. Eventually, the gentleman fell asleep in the back of the room while his grandson built things out of sticks and pieces of leather.

Shortly after that, a series of forest sounds began to pour into the room through the loudspeaker: howls, bird calls, you name it. Tim was informed that this system couldn’t be shut down.

And last but not least, a park maintenance worker accidentally started a grass fire near the parking lot, and half of the attendees in Tim’s session were called away to put it out. When they re­turned 30 minutes later, they smelled like burning leaves.

So how did Tim, so low in Adaptability, work through all of these changes? He called on the same themes that make him so well-organized and in control. Tim says that relying on his Focus was the key. When he realized everything around him was falling apart, he zeroed in on what was most important: the participants.

“I knew I only had four hours, so no matter what happened, I had to do the best I could for my clients,” Tim says. “I decided that my Focus talents would keep us on track, and my low Adapt­ability would not get in my way. I used my Discipline during those short chunks of time to reorder what needed to be accom­plished based on who was in the room. My Maximizer talents also kicked in and said, ‘I am going to make this class great no matter what! I am not going to teach an average class!’”

The message is clear – find out your top 5 strengths and use them to adapt of uncertain and changing environments.

Coming:
How To Change When Change Sucks Part 3 – Asking “How Can I Serve?”

Graeme Cowan is an author and speaker, who helps people build their resilience and mood to lead a more thriving life. www.GraemeCowan.com.au

Let’s face it, work has been very challenging for many of us in the last year. Recent ...
END_OF_DOCUMENT_TOKEN_TO_BE_REPLACED
News

Uncertainty can cause more stress than actual pain. Science tells us that we humans are ...
END_OF_DOCUMENT_TOKEN_TO_BE_REPLACED
News

These are the top 5 things leaders should focus on to prevent employee burnout (Gallup ...
END_OF_DOCUMENT_TOKEN_TO_BE_REPLACED
News

Do you think your team members would like to work in the office, work from home, or work ...
END_OF_DOCUMENT_TOKEN_TO_BE_REPLACED
News

In 1976, Professor Carlo Cipolla, an economics professor at the University of California ...
END_OF_DOCUMENT_TOKEN_TO_BE_REPLACED
General

Our Federal Parliament has been inundated with graphic accounts of misogyny, sexual ...
END_OF_DOCUMENT_TOKEN_TO_BE_REPLACED
General

I recently visited beautiful Forster, on the NSW mid-north coast. Having grown up in Taree...
END_OF_DOCUMENT_TOKEN_TO_BE_REPLACED
News

Do you consider yourself to be a caring leader? Self-care and caring for others in your ...
END_OF_DOCUMENT_TOKEN_TO_BE_REPLACED
News

Asking R U OK? can be scary. What if the other person replies with a “No”. ...
END_OF_DOCUMENT_TOKEN_TO_BE_REPLACED