On a mission to increase
team care and resilience.

Reach out to Graeme

Graeme loves being a professional speaker because sharing ideas can lead to conversations, and conversations can lead to action and change. As a Board Director of R U OK?, he has watched this simple idea lead to substantial change.

Audiences around the world frequently describe his style as authentic, relevant, compelling, and thought provoking.

In his earlier career he worked in senior leadership positions with Johnson & Johnson, Pfizer, and AT Kearney. In 2000 he went through a 5-year episode of depression that his psychiatrist described as the worst he had ever treated.

He emerged from this crisis with a different view about how we can increase our resilience, mood, and performance. He is described by the Australian Financial Review as a “resilience expert”.

He is the author of 5 books, including the internationally acclaimed BACK FROM THE BRINK, which has a testimonial from the former UK Prime Minister Tony Blair, and which has become a best seller in China. 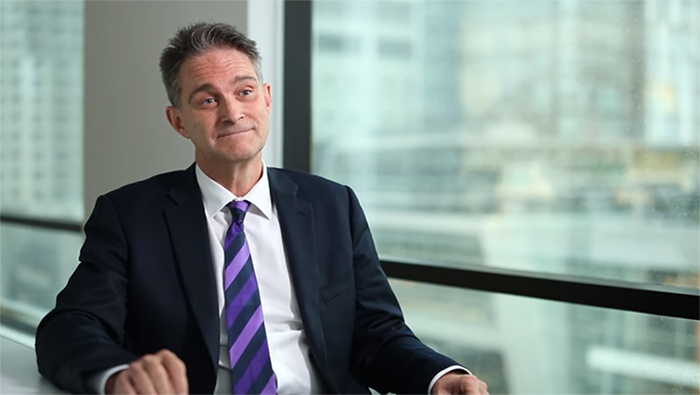 We deliver presentations, workshops, & online programs that help teams to outperform & outlast. I also helped Gavin Larkin to start R U OK? - and am an active Board Director.

Who we work with

When you partner with us, you experience high impact presentations combined with online resources that turn ideas into conversations- and then into action.

"I have worked with Graeme in a number of organisations and find myself continually referring his name on to the CEOs and Executives I work alongside with. Graeme is authentic, empathetic in nature and has supported the coming together of executive teams that face challenging times through transformation and changing environments. His style allows senior executives to think differently about emotional resilience and wellbeing strategies that can increase performance and culture in an organisation. Would use Graeme's support any day!"
Natalie BrittDirector of Human Resources, International Convention Centre Sydney

"I’ve used Graeme three times to help my leaders focus on what they can control. We walk away with tools, activities, and stories that we can use for ourselves, our teams, and in our personal lives. He cares and is definitely someone to work if you value your team’s resilience & wellbeing."
Gregg HarrisGM, NAB

"Many of our leaders said that your presentation was the best they had seen at a Partner's meeting - and we have had some great speakers - so that says it all. I would recommend you to any CEO who is interested in the sustainable success of their leadership team."
Gary McdiarmidCEO, Russell McVeigh (New Zealand’s Largest Law Firm)

“Graeme Cowan is at the forefront of research around what is needed to thrive in the rapidly changing world of work. Our clients often engage Graeme beyond the event, to continue the conversation. He has his finger on the pulse of what business needs today.”
Peter JackFounder, EMG Events

“Graeme has a compelling story that should be heard! He was a keynote speaker at a recent series of team forums we held around the country with great feedback from the team. A few quotable quotes... "Very inspiring, and a good reminder of what makes work and life great." "Good tips on helping people you know with mental health issues." "Powerful story, with great reflection points."
Tim SteeleGM, MLC

Fill out this contact form and I’ll be in touch