Every person you meet is fighting a hard battle. Do you know what it is? 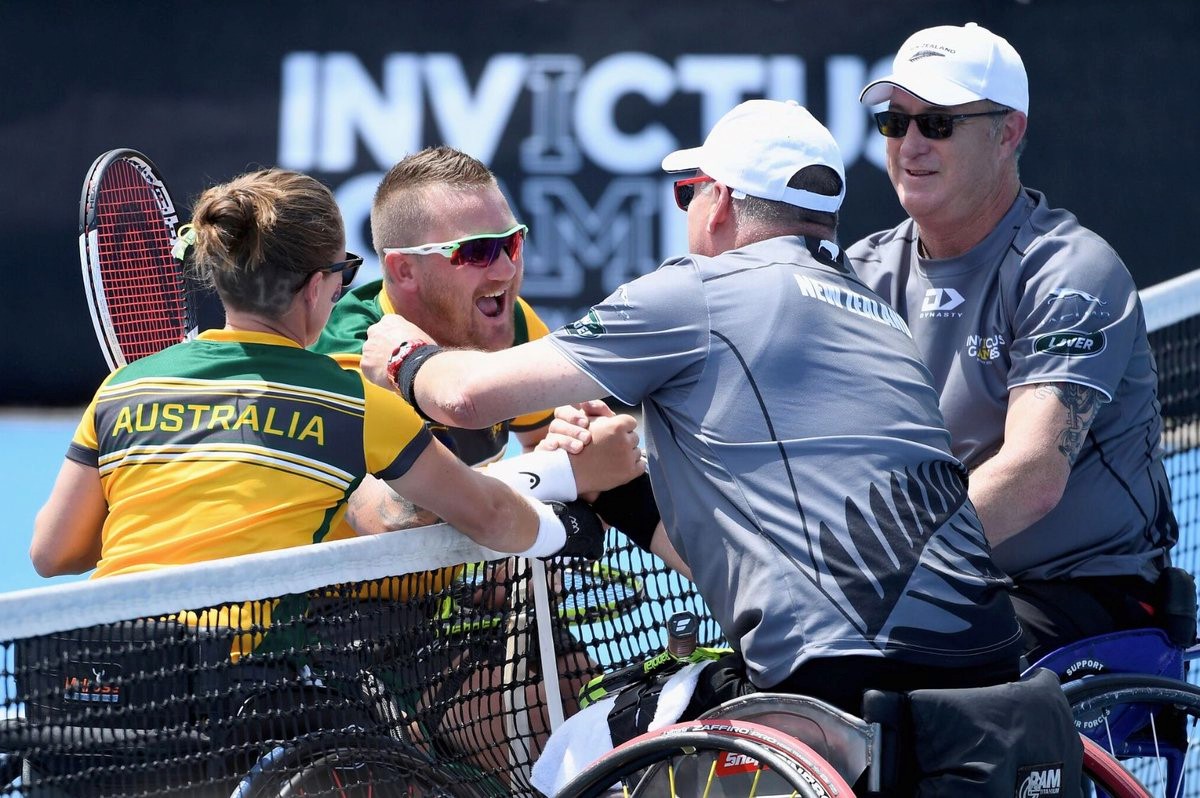 Watching the Invictus Games over the last week has been incredibly inspiring. As you hear some of the back stories about these athletes, it amazes me the obstacles and adversity these service men and women have had to overcome. Of course, the physical injuries are often plain to see, but when you hear them and their families speak, you come to understand that there were often significant psychological injuries that they had to battle as well.

I think the thing that separates this event from others, is the obvious comradery across countries and teams. On many occasions there have been “competitors” providing support to each other.

They seem to demonstrate that it is not necessarily about winning, but working together to overcome obstacles. There is deep empathy for each other’s struggles.

We can learn a lot from this group, even though our setbacks may seem insignificant by comparison. But to us they can be all consuming. We may be perfectly healthy on the outside, but what I’ve learnt is that every one of us (no matter how outwardly successful they appear) has a hard battle they are fighting.

Socrates (and some others) have been credited with this saying:

“Be kind. Everyone you meet is fighting a hard battle.”

No matter who was the originator, I think it is true.

In my workshops I share my breakdown, and I think because I do this, people feel comfortable sharing their struggles with me. Last week I had just completed a one-hour presentation when people approached me afterwards.

One woman confided that she had just returned to work after being on stress leave due to chronic anxiety. She wished that people understood how hard it was to turn up on some days. Despite this, she found her work very rewarding and it was really important to her wellbeing.

A well-groomed woman introduced herself who appeared to be success personified. She shared that 2 days ago her 19-year-old daughter had tried to take her own life and was now in hospital.

So how does empathy and caring for others translate into success in business? I have shared previously that the best predictor of a high performing team is when the participants can be themselves, care for each other, and where there is strong interpersonal trust and mutual respect.

The Cleveland Clinic has long been recognized for outstanding clinical care. But in 2009 Delos “Toby” Cosgrove, the CEO, examined its performance relative to that of other hospitals and admitted to himself that inpatients did not think much of their experience —and decided something had to be done. Over the next three years the Clinic transformed itself. Its overall ranking jumped from about average to among the top 8% of the roughly 4,600 hospitals included. Hospital executives from all over the world now come to Cleveland to study the Clinic’s practices and to learn how it changed.

The Cleveland Clinic’s transformation involved actions any organization can take. Cosgrove made improving the patient experience a strategic priority, ultimately appointing James Merlino, a prominent colorectal surgeon, to lead the effort. By spelling out the problems in a systematic, sustained fashion, Merlino got everyone in the enterprise—including physicians who thought that only medical outcomes mattered—to recognize that patient dissatisfaction was a significant issue and that all employees, even administrators and janitors, were “caregivers” who should play a role in fixing it.

They sort to understand the patient’s feelings and expectations deeply, and this led to them striving to improve the empathy of every person who worked at the clinic.

This brilliant video (with 4 million views) was used to help staff to understand what may be going through the minds of the patients, family, doctors and employees that are in the clinic each day.

How can I apply this to my organisation?

It all starts with us. Be a keen observer of those around you. Know their normal behaviours, passions and interests. If you notice someone is not themselves and appears to be struggling don’t hesitate to ask “Are you OK?”. Follow ALEC – the 4-step process:

This 1:18 video provides a good overview

We should all get to know our colleagues better, know what keeps them vital, and know what their personal battle is. Knowing their battle shows that you care. Be kind.

Let’s face it, work has been very challenging for many of us in the last year. Recent ...
END_OF_DOCUMENT_TOKEN_TO_BE_REPLACED
News

Uncertainty can cause more stress than actual pain. Science tells us that we humans are ...
END_OF_DOCUMENT_TOKEN_TO_BE_REPLACED
News

These are the top 5 things leaders should focus on to prevent employee burnout (Gallup ...
END_OF_DOCUMENT_TOKEN_TO_BE_REPLACED
News

Do you think your team members would like to work in the office, work from home, or work ...
END_OF_DOCUMENT_TOKEN_TO_BE_REPLACED
News

In 1976, Professor Carlo Cipolla, an economics professor at the University of California ...
END_OF_DOCUMENT_TOKEN_TO_BE_REPLACED
General

Our Federal Parliament has been inundated with graphic accounts of misogyny, sexual ...
END_OF_DOCUMENT_TOKEN_TO_BE_REPLACED
General

I recently visited beautiful Forster, on the NSW mid-north coast. Having grown up in Taree...
END_OF_DOCUMENT_TOKEN_TO_BE_REPLACED
News

Do you consider yourself to be a caring leader? Self-care and caring for others in your ...
END_OF_DOCUMENT_TOKEN_TO_BE_REPLACED
News

Asking R U OK? can be scary. What if the other person replies with a “No”. ...
END_OF_DOCUMENT_TOKEN_TO_BE_REPLACED