5 Reasons Why Meaning Matters More Than Happiness At Work 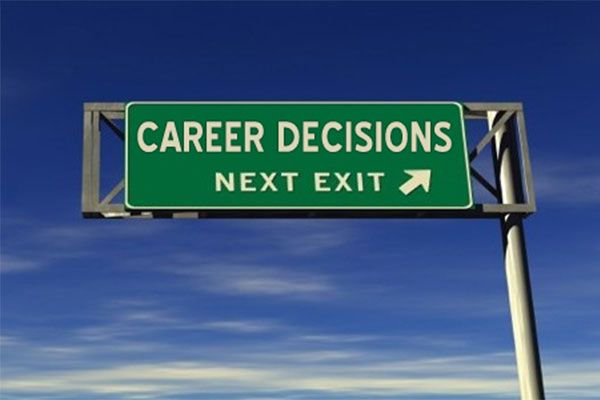 I believe that the western world is suffering from a meaning deficit and this is never more evident than in the world of work.

Dramatic change and uncertainty are incredibly stressful for us, and many people that I have coached this year have been experiencing harmful stress levels.

According to the Australian Psychological Society report Stress and Wellbeing in Australia 2013 severe distress has increased 42% over the last 2 years, whilst severe and extremely severe depression has increased 34% over the same period.

Employees are increasingly concerned about the uncertainty and casualization of work. The constant change from trying to do “more with less” is taking its toll when there is no direct link to work purpose. Only 27% of highly stressed employees in an RUOK?atWork Survey agreed with ‘my organisational purpose energises me’ compared to 66% of employees with low levels of stress.

Why does meaning matters more than happiness at work?

Probably one of the most influential books I have read, is Viktor Frankls Man’s Search For Meaning. Frankl was a Jewish Psychiatrist, who was imprisoned in Auschwitz and during that time lost his wife, mother, father, and brother. In that most horrific of environments, he observed that the 1 in 28 that survived was able to tap into meaning to get through unimaginable hardship.

More recently, in a Roy Baumeister article called Meanings of Life he discusses his research that examines the differences between meaning and happiness. The research posed questions about the extent to which people thought their lives were happy and the extent to which they thought they were meaningful. They did not supply a definition of happiness or meaning, so their subjects responded using their own understanding of those words. By asking a large number of other questions, they were able to see which factors went with happiness and which went with meaningfulness.

Not surprisingly, there was a lot of overlap between the two factors. Almost half of the variation in meaningfulness was explained by happiness, and vice versa. Nevertheless, using statistical controls they were able to tease two apart, isolating the ‘pure’ effects of each one that were not based on the other. Using this method, they found five sets of major differences between happiness and meaningfulness.

These were the 5 main differences as they pertain to work

Why not take the Work and Meaning Inventory (WAMI)?

Michael F. Steger is an Associate Professor of Psychology at the University of Colorado, who has developed a Work and Meaning Inventory.

To find out more about it, and to complete the free assessment, follow this link >

In times of unprecedented change and uncertainty, the only thing we can control, is what we choose to do each day – and that directly impacts our mood and performance. As people leaders we are the Chief Energy Officer (CEO) for ourselves and our tribe.

This workshop will provide the building blocks to help you and your tribe outperform, outlast, and outmanoeuvre.

“Graeme delivered one of the most compelling presentations I have seen. He and his messages are relevant for any workplace experiencing change, and have had a lasting impact on my group. Highly recommended.”

Graeme Cowan is an author and speaker who helps people build resilience and mental fitness, to thrive through change. www.GraemeCowan.com.au

Let’s face it, work has been very challenging for many of us in the last year. Recent ...
END_OF_DOCUMENT_TOKEN_TO_BE_REPLACED
News

Uncertainty can cause more stress than actual pain. Science tells us that we humans are ...
END_OF_DOCUMENT_TOKEN_TO_BE_REPLACED
News

These are the top 5 things leaders should focus on to prevent employee burnout (Gallup ...
END_OF_DOCUMENT_TOKEN_TO_BE_REPLACED
News

Do you think your team members would like to work in the office, work from home, or work ...
END_OF_DOCUMENT_TOKEN_TO_BE_REPLACED
News

In 1976, Professor Carlo Cipolla, an economics professor at the University of California ...
END_OF_DOCUMENT_TOKEN_TO_BE_REPLACED
General

Our Federal Parliament has been inundated with graphic accounts of misogyny, sexual ...
END_OF_DOCUMENT_TOKEN_TO_BE_REPLACED
General

I recently visited beautiful Forster, on the NSW mid-north coast. Having grown up in Taree...
END_OF_DOCUMENT_TOKEN_TO_BE_REPLACED
News

Do you consider yourself to be a caring leader? Self-care and caring for others in your ...
END_OF_DOCUMENT_TOKEN_TO_BE_REPLACED
News

Asking R U OK? can be scary. What if the other person replies with a “No”. ...
END_OF_DOCUMENT_TOKEN_TO_BE_REPLACED