5 great leadership lessons from our Governor General + 4 others 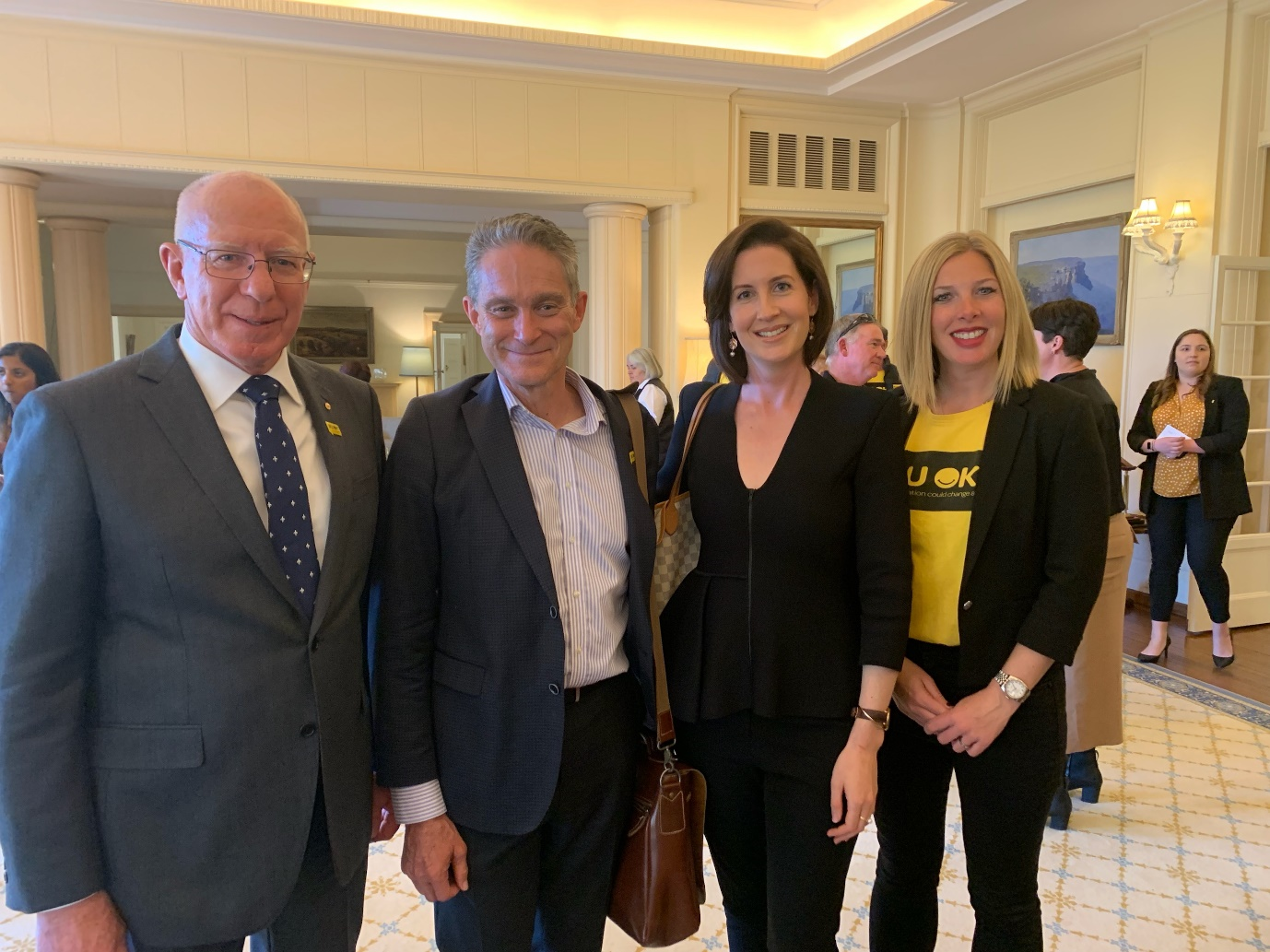 How do leaders inspire commitment and action? I talked with 5 remarkable leaders in Canberra on Wednesday who are doing this every day.

I had the privilege of meeting our new Governor-General, General David Hurley, and his wife Linda. They honoured the R U OK? team with a reception at Government House. It was fitting reward to Katherine Newton, R U OK?’s CEO and her amazing team.

I was excited to visit Government House, but I do admit Googling Mr Hurley before arriving because he had only been in the role for 2 months. He’d had a distinguished 42-year military career culminating with his appointment as Chief of Defence Force. He then became Governor of NSW for four years. You don’t assume these roles without a pretty serious track record of leadership and influence.

What struck me about he and his wife was their humility. They are obviously at home speaking with anyone, and despite the positions, they have risen to, have little ego. 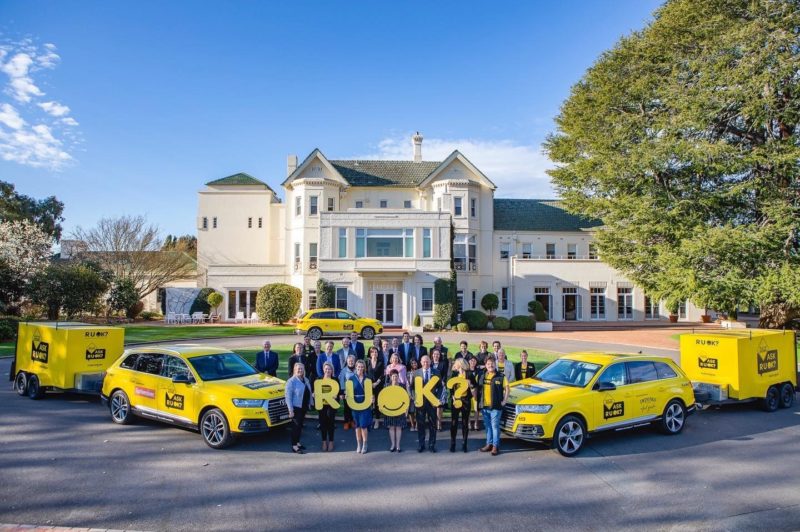 I asked His Excellency what the main priority in his role was. He said that one of the most important elements was thanking Australians who were helping to make our country better.

He also said that he had also learnt an important lesson from a lady he had met whilst NSW Governor. She said that she considered the Governor-General to be Chief Carer of the nation. After reflecting on this comment, both he and his wife decided to make this quest a cornerstone of their time in office. You could sense that they both deeply cared by everything they did and said.

Leadership lesson #1 – great leaders are the Carer in Chief 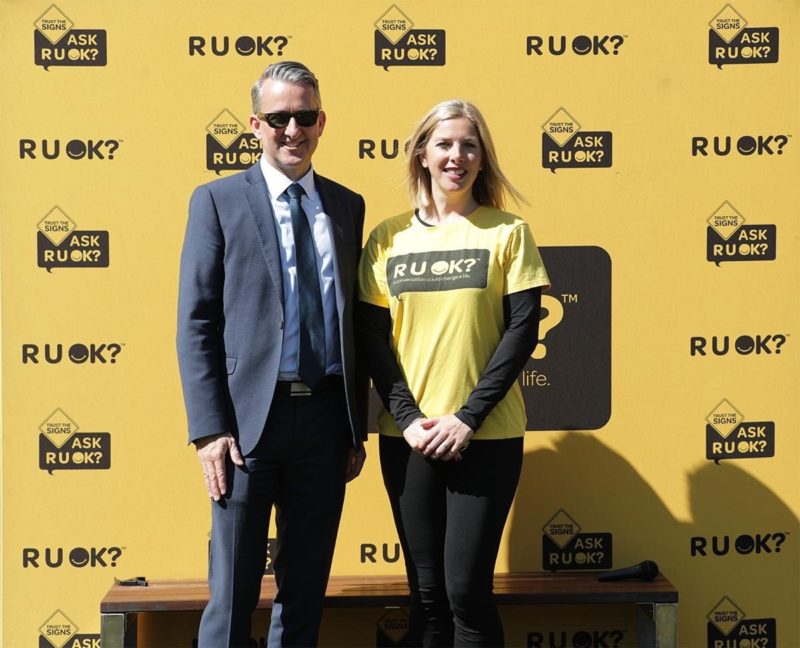 Matt Flavel is the Deputy Secretary of the Commonwealth Treasury, who hosted R U OK?’s Canberra event on Wednesday.

Matt spoke from the heart, about why having supportive conversations is essential for us all. He really resonated with the crowd and shared how he was helped this year when he was going through a tough time personally.  When others asked him R U OK? and did small things to help (like buying him lunch because they didn’t think he was eating well), it made a big difference

When senior leaders like Matt share stories about their own humanity and vulnerability, it gives others permission to be authentic.

Being vulnerable and authentic changes attitudes, behaviour, and culture.

Leadership lesson #2 – Being authentic and vulnerable is a virtue. 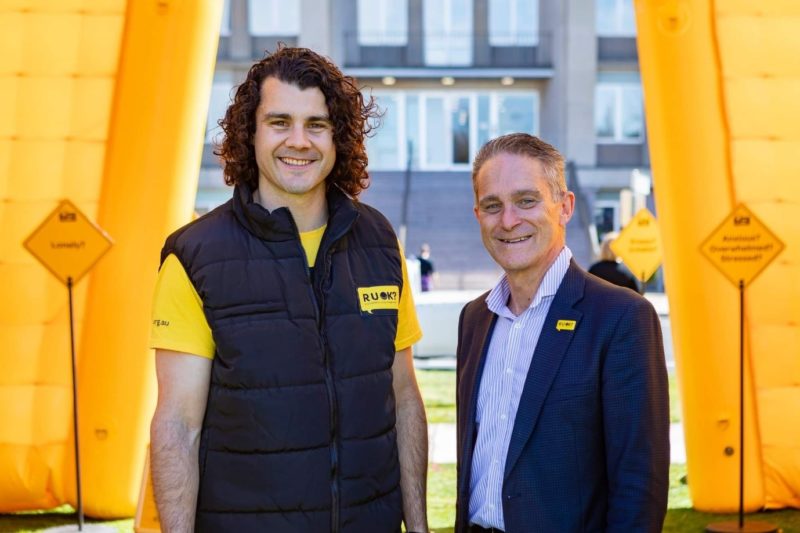 Captain of the Canberra Royal’s 1 st Division team and R U OK? Community Ambassador, Ben Johnston, spoke about how important R U OK? had become to their club.

Ben, who works in Aboriginal and Torres Strait Islander education, became an R U OK? Ambassador through its former R U OK? chief executive, Canberra man Brendan Maher. Ben wanted to continue to play a role with the organisation and infuse its values into the club.

He shared that “A key message R U OK? conveys to the Australian public is, ‘reminding people that having meaningful conversations with mates and loved ones could save lives’.

He explained how this message is embedded in the club, through regular sessions explaining to players how to support someone who is struggling. “This message is particularly powerful and resonates across the Royals playing group.”

The Royals also won the 2019 premiership.

Leadership lesson #3 – a supportive team culture is the #1 predictor of success. 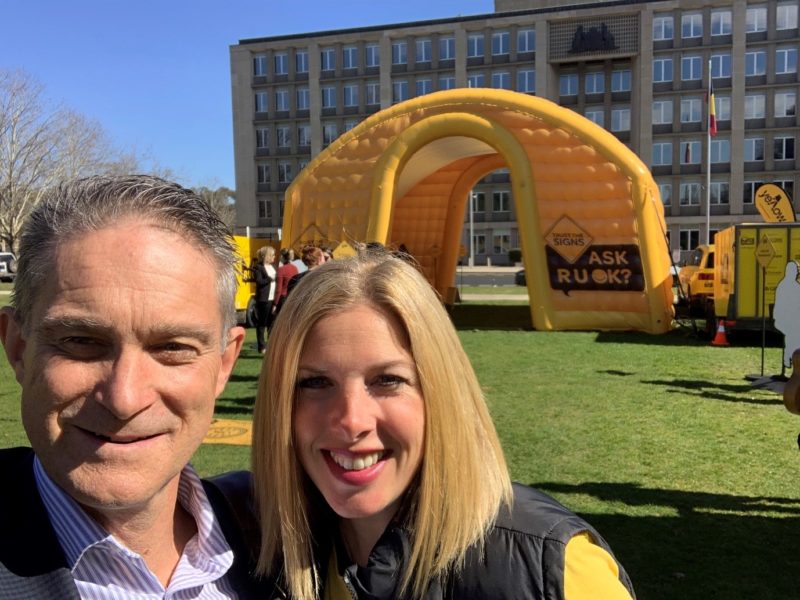 Katherine Newton became CEO of R U OK? six months ago, after previously being our Campaign Director. This was event #29 for the convoy after travelling 14,000km around Australia, and yet Katherine seemed fresh and motivated.

Katherine was the MC at the morning event and then spoke after the Governor-General at the afternoon reception. She spoke passionately about how much she believed in our purpose – A conversation could change a life. She ensured that moving stories were shared that reinforced the message.

She shared tragic stories which showed how many people still live in deep despair – and how much work we have remaining. She praised our extraordinary convoy crew, our sponsors, and many community ambassadors.  She radiated enthusiasm and compassion. 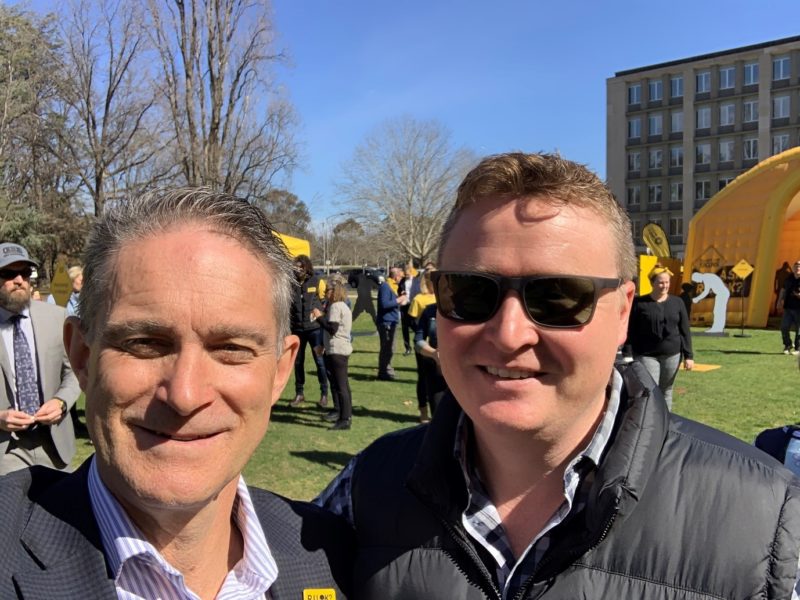 Brendan Maher was the previous CEO of R U OK? for 5 years. Despite him having joined Movember as their Global Director, Mental Health and Suicide Prevention, he is now an R U OK? Board Director.

Brendan has been pivotal to the growth and impact of R U OK?, and it was obvious during the day how much he is admired. He received worthy recognition recently, being awarded the 2019 National Suicide Prevention leadership award.

I’ve written previously about the amazing impact of Brendan, but high on that list was recruiting and developing Katherine, to ensure he had a great successor.

It was a privilege to speak with 5 great and humble leaders in one day.

Let’s face it, work has been very challenging for many of us in the last year. Recent ...
END_OF_DOCUMENT_TOKEN_TO_BE_REPLACED
News

Uncertainty can cause more stress than actual pain. Science tells us that we humans are ...
END_OF_DOCUMENT_TOKEN_TO_BE_REPLACED
News

These are the top 5 things leaders should focus on to prevent employee burnout (Gallup ...
END_OF_DOCUMENT_TOKEN_TO_BE_REPLACED
News

Do you think your team members would like to work in the office, work from home, or work ...
END_OF_DOCUMENT_TOKEN_TO_BE_REPLACED
News

In 1976, Professor Carlo Cipolla, an economics professor at the University of California ...
END_OF_DOCUMENT_TOKEN_TO_BE_REPLACED
General

Our Federal Parliament has been inundated with graphic accounts of misogyny, sexual ...
END_OF_DOCUMENT_TOKEN_TO_BE_REPLACED
General

I recently visited beautiful Forster, on the NSW mid-north coast. Having grown up in Taree...
END_OF_DOCUMENT_TOKEN_TO_BE_REPLACED
News

Do you consider yourself to be a caring leader? Self-care and caring for others in your ...
END_OF_DOCUMENT_TOKEN_TO_BE_REPLACED
News

Asking R U OK? can be scary. What if the other person replies with a “No”. ...
END_OF_DOCUMENT_TOKEN_TO_BE_REPLACED