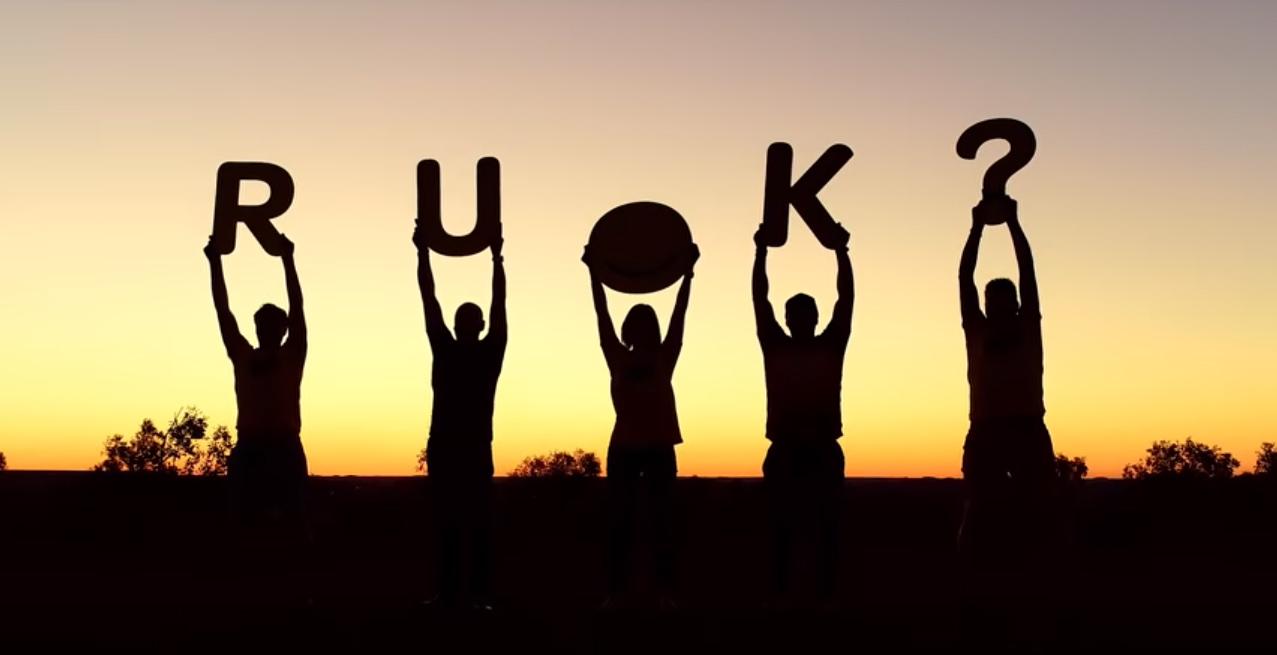 Two weeks ago was an extraordinary week for R U OK? – and deeply meaningful to me. This was our 10th R U OK? Day which lead me to reflect why I chose to get involved when I first met Gavin Larkin, our late Founder, at a café in Sydney in March 2009.

Gavin had heard about me because of my book BACK FROM THE BRINK. In it, I told my story of going through a severe depressive episode and trying to take my life. When Gavin shared his vision for R U OK? Day, he asked if I would like to be an ambassador. I immediately agreed to that, but also said that I wanted be involved in a more substantial way. We shared an immediate bond – Gavin with profound regret that he lost his father Barry to suicide – and me with profound relief that I didn’t put my family through that pain (despite trying). I know that I wouldn’t have survived with out the undying love and support of my parents, when I had lost faith in myself.

That first year was incredibly challenging because we had little money and no employees, but we had a small committed team that believed that “A conversation could change a life.”

There were many hurdles in that first year, but we were very encouraged by the momentum we achieved.

Nine events later, the R U OK? movement has continued to grow and touch people in profound ways. We have been incredibly lucky to have a talented and committed team (only 8 full time employees), led by the extraordinary Brendan Maher, R U OK?’s CEO.

So how far have we come?

In research completed just before this year’s events:

We also learnt that we still have a lot of work to do when we found:

Thursday was the conclusion of R U OK?’s Conversation Convoy around Australia. The caring and talented crew were led by the energetic and well organised Katherine Newton, our Campaign Director. Setting off from Geelong 6 weeks ago the crew drove their 4 Audi Q7s (donated by the Audi Foundation) 14,000kms, visiting all states and territories and putting on 26 events. They visited remote towns, indigenous communities, and large cities, impacting thousands of people along the way.

Personally, it was the busiest week I’ve ever had – with 6 workplace presentations in 3 states, 4 flights, R U OK? community events in Canberra and Sydney, and 4 media interviews. It was also incredibly rewarding.

Despite the extraordinary success of last week, I want to share 3 ‘pinch me’ moments that showed me that R U OK? has moved to another level and become an unstoppable force.

3 ‘pinch me’ R U OK? moments that show we are unstoppable

Right from the start, we all worked very hard to bring R U OK? to life. Because we had so little money and resources, we leveraged digital resources and social media right from the beginning. We have made remarkable progress through working hard and smart, but this year 3 things happened to me that showed me that R U OK? has taken on a life of its own. These anecdotes provide me with great hope for our quest to move to R U OK?365 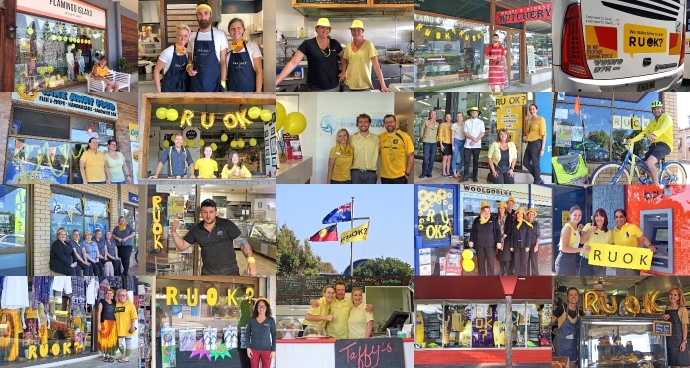 The northern NSW town of Woolgoolga (known affectionately as Woopi by the locals) turned their town yellow on R U OK? Day. Shops competed to have the best display, everyone in the town wore yellow. It is hard to grasp the extent of their commitment to this project. To gain some insight into the scope of this project I urge to look at the 317 photos from their Woopi Wears Yellow Facebook page. YOU HAVE TO SEE IT TO BELIEVE IT

The initiative was the brainchild of the extraordinary Lisa Nichols. Lisa tragically lost her mother Lesley to suicide 25 years ago and was determined to do something about it. She had been doing the Lifeline Walk for 8 years and last year decided to combine it with R U OK? Day.

This year Woopi Wears Yellow went stratospheric with most shops and businesses competing for the best display. I know Gavin would be looking down and smiling at this – because it was always his vision that neighbours and communities would hold events that fostered connection. Next year it is up to every neighbourhood or town to see if they can outdo Woopi. 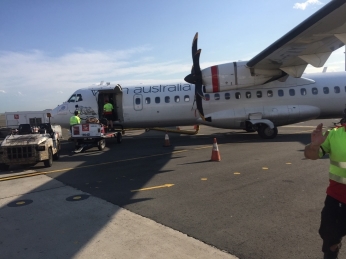 After spending 2 days in Canberra doing 2 presentations and attending the R U OK? Event at Parliament House I caught a 2.30pm Virgin flight back to Sydney. Unprompted, a voice came over the PA, “We would like to remind you that tomorrow is R U OK? Day. Virgin strongly supports R U OK? Day and we really hope that our customers and guests make the time to have some meaningful conversation with your loved ones.” This simply blew me away.

3. Overhearing an R U OK? discussion in a Telstra lift 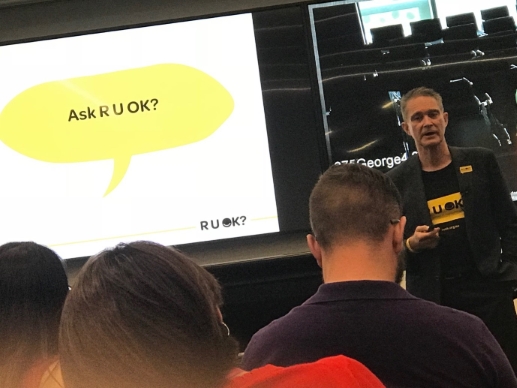 On Friday 14 I did an R U OK? presentation at Telstra in Melbourne – and whilst the presentation was great – it was what happened afterwards that lead a to pinch myself moment.

I met Matt O’Hara a senior leader who is responsible for Telstra’s 3000 field service technicians around Australia. We explored ways to promote ways to promote mental wellbeing to geographically dispersed employees and agreed on some promising next steps – but it was not that which was the pinch me moment.

At the end of my chat, Matt and both got into a crowded elevator going to the ground floor when we both overheard a remarkable conversation. Two managers were talking and one was discussing a problem employee and the other responded “Why don’t you ask R U OK? Why don’t you say that you have noticed that he hasn’t been himself lately, and see if anything is a problem?”. Matt and I looked at each other and shook our heads. Neither of these men had attended my presentation, but one of them had not only learnt the skills somewhere else – but they had recommending their colleague put it into action. 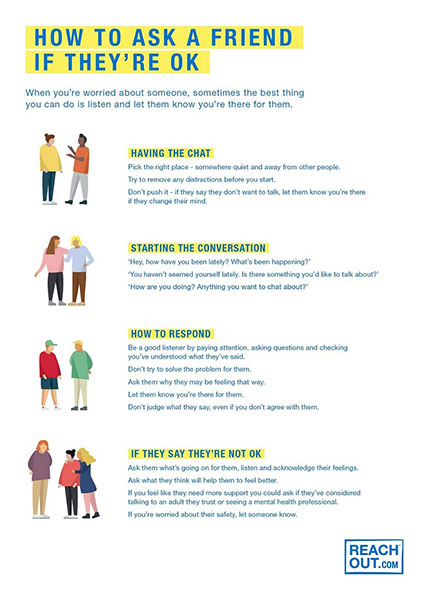 My daughter Melissa Cowan produced this helpful infographic. She works as a Content Producer for Reach Out – a mental health charity that helps 15-25-year-old young people navigate the ups and down of life. 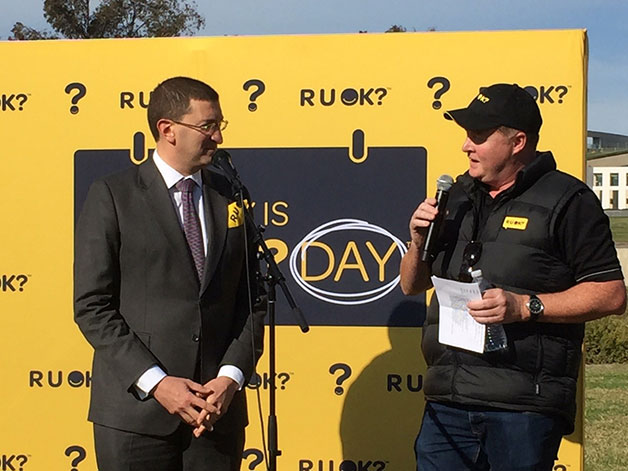 Brenden Maher (right) acknowledges Julian Leeser, who in his maiden speech in parliament, shared that he had tragically lost his father to suicide when he was 20. He observed that in retrospect, he had missed many signs in the previous week. His father was not himself. For example, in the week before his death he had extra long hugs with family members. His speech inspired R U OK? to create the wonderful “Signs” video. 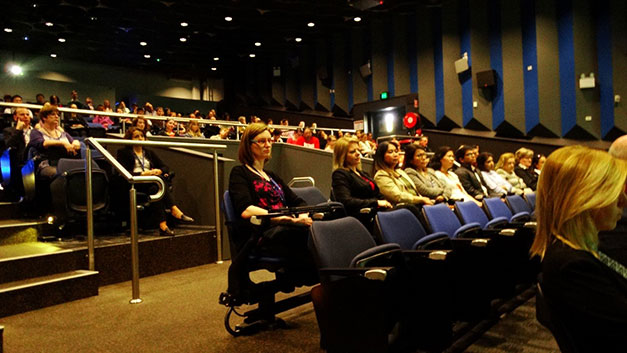 Presenting to the University of Sydney employees. Julia Cohen and Tessie Phan have a wonderful mental well being for their organisation. 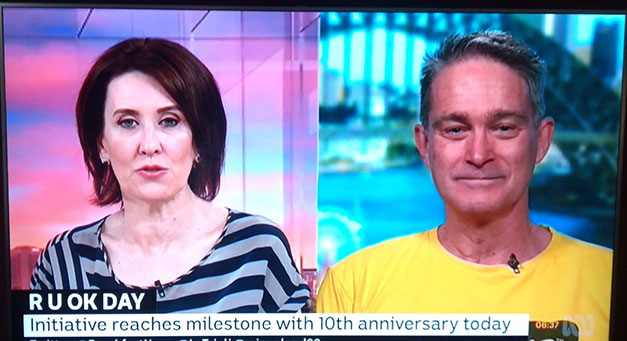 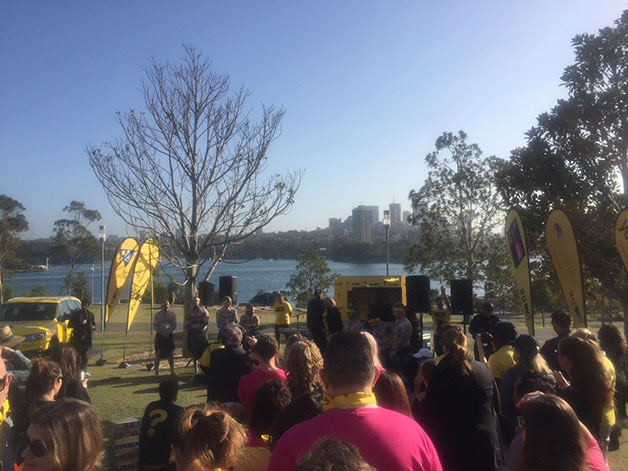 Our 26th (and final) Conversation Convoy event at the beautiful Barangaroo Reserve.

Thank you Australia for taking Gavin’s vision to another level.

Let’s face it, work has been very challenging for many of us in the last year. Recent ...
END_OF_DOCUMENT_TOKEN_TO_BE_REPLACED
News

Uncertainty can cause more stress than actual pain. Science tells us that we humans are ...
END_OF_DOCUMENT_TOKEN_TO_BE_REPLACED
News

These are the top 5 things leaders should focus on to prevent employee burnout (Gallup ...
END_OF_DOCUMENT_TOKEN_TO_BE_REPLACED
News

Do you think your team members would like to work in the office, work from home, or work ...
END_OF_DOCUMENT_TOKEN_TO_BE_REPLACED
News

In 1976, Professor Carlo Cipolla, an economics professor at the University of California ...
END_OF_DOCUMENT_TOKEN_TO_BE_REPLACED
General

Our Federal Parliament has been inundated with graphic accounts of misogyny, sexual ...
END_OF_DOCUMENT_TOKEN_TO_BE_REPLACED
General

I recently visited beautiful Forster, on the NSW mid-north coast. Having grown up in Taree...
END_OF_DOCUMENT_TOKEN_TO_BE_REPLACED
News

Do you consider yourself to be a caring leader? Self-care and caring for others in your ...
END_OF_DOCUMENT_TOKEN_TO_BE_REPLACED
News

Asking R U OK? can be scary. What if the other person replies with a “No”. ...
END_OF_DOCUMENT_TOKEN_TO_BE_REPLACED